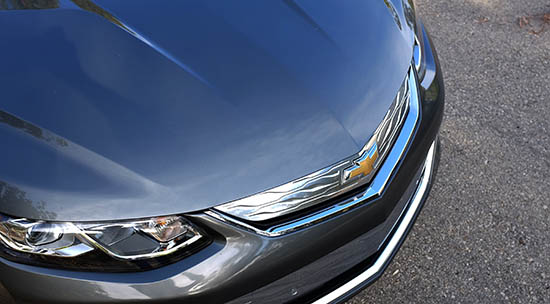 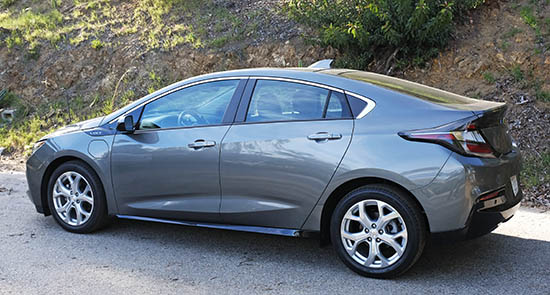 Here are a few more observations about the new Volt, after driving it for a full week.

I do like the design a lot. Even though I do understand people who miss the more original 1st generation.
It is a little bit blender, but still very modern.
More so than most other compacts out there. And, it is still a hatchback. But looking more like a 4 door coupe now.
it is really slick looking. And has a more upscale feel and look to it. 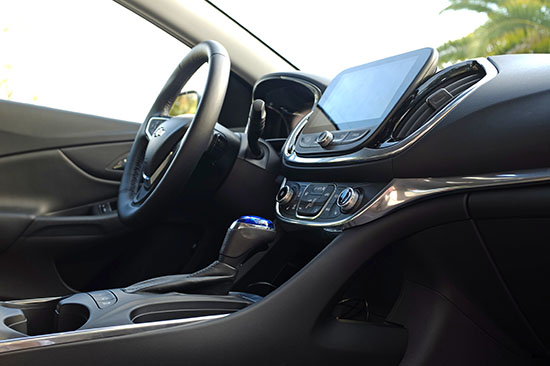 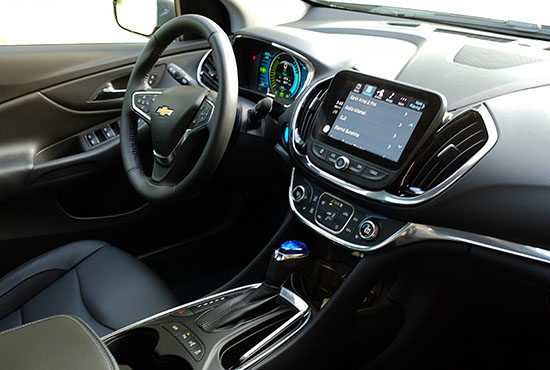 Inside, the first thing you notice is the new screen.
The first thing I wanted to do with it is angle it more toward me. But it’s not adjustable.
(So don’t ever try that. I’m begging you!)

So it lays a bit flatter than it should. But it’s actually fine, and not much of a problem to get used to.
Plus, it is quite large and very sharp. And perfectly positioned above everything else on the dash.

The shiny bits have more of a satin finish now. Which is much nicer, and again, more upscale.
The plastics are hard, but everything does look and feel very solid.
(Except the super cheap feeling and sounding turn signal stalk)

The doors still have that heavy feel to them, which I like. 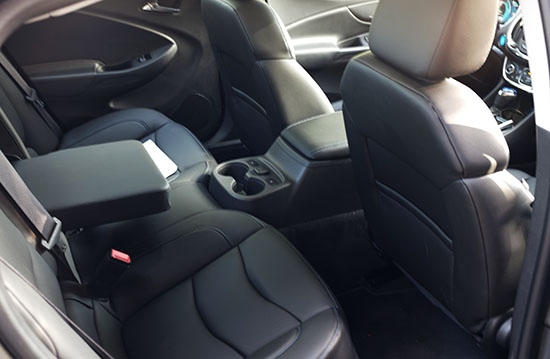 There is enough room for 4 adults. As you can see. There is a seatbelt for a 3rd human in the back seat, but I cannot imagine how legs would even fit. 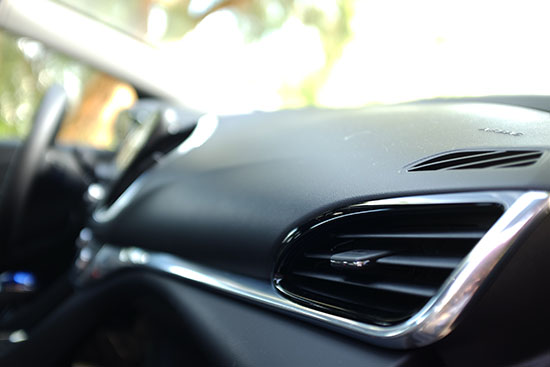 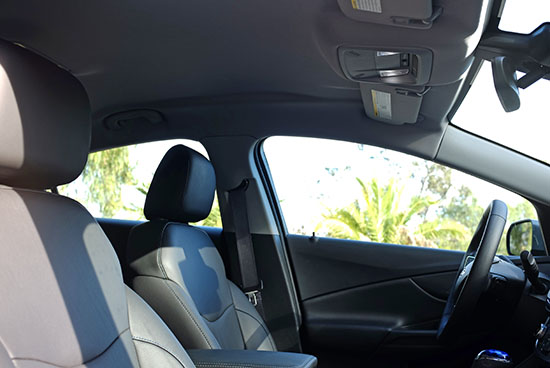 The one thing still missing, is a sunroof. Or some kind of glass panel. At least as an option.
As the roof is pretty low.
GM still gives the “weigh excuse”. Which I don’t buy. (The new Hyundai ionia will offer a sunroof)

Overall, I loved my week with the new Volt.
It feels as solid and sporty as the old one.
But it is much quieter when the all new gas engine comes on.
And when it does, power seems to be almost the same as in the EV mode.
The ride is very comfortable, and the car feels super solid over any surface.
The steering is really nice, a little bit on the heavy side, which is a welcome change from most other cars.

As I mentioned before, I got 56 miles out of a full charge (it is rated at 53)
And my gas mileage when the battery was empty was 46 on the freeway and 42 in the city.
Which is, again, better than the official numbers.

I think the Volt is the best way to get into an EV right now.
As a range of almost 60 miles of pure EV is plenty for most people.
Plus, once it’s empty, you end up with a very comfortable, quick car that gets great mileage anyway.
It is truly the best of both worlds.
Until we can charge a 300 miles battery everywhere in 15 minutes, the Volt is the best option.
(The Model S is still a rich guy’s toy) 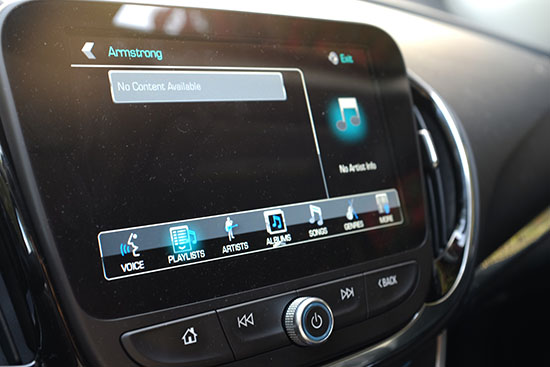 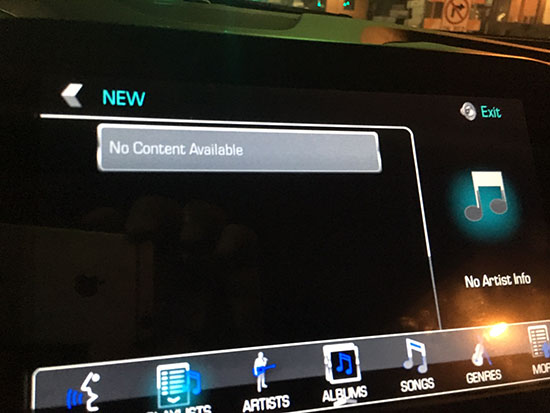 BUT….
There is one thing that drove me crazy, most of the time.
As you can see, the stereo system had a lot of trouble recognizing songs from my phone.
As most playlists showed “empty”.

When switching to Apple CarPlay, things were different.
But NOT better. As  playlists after the letter “B” were non existent.
Using a different phone, different cables, restarting the phone never fixed the problem.
It would work one time, and nothing a few minutes later, etc..

I checked various forums online, and it looks like quite a few people have that problem.

A few of the solutions included upgrading to the latest version of iOS.
( I did have iOS 9 already)
And, weirdly enough, getting rid of the Pandora app.
I did all these, but it was too late to really check it.
It was working the last evening I had the car.

After mentioning this to GM, they decided to send me another Volt for a few days in a couple of weeks.
Which is really nice.

So I will check this again.
I hate to be picky, but the car is , in general,  my favorite place to listen to music. And I do want to make sure this isn’t a general issue with this otherwise great car.