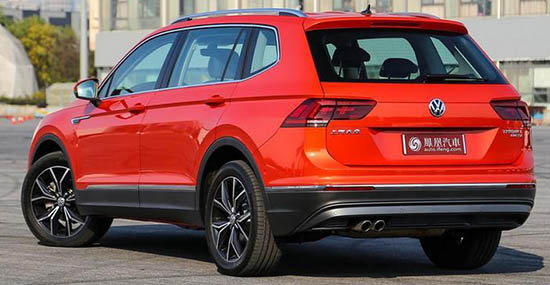 This is the long wheelbase version of the new Tiguan. The regular 5 seater has been on sale in Europe for a while now.
But VW has decided to only sell us the longer 7 seater. And, as you can see, the one pictured above is actually the Chinese model. The exact same as the one we will be getting over here.
Since, you know, VW things China and the US like the same things. (That’s why we gt the same “cheaper but bigger” Passat)

The new Tiguan sure doesn’t look futuristic. Or even modern.
But at least, it’s a bit better looking than the Atlas. 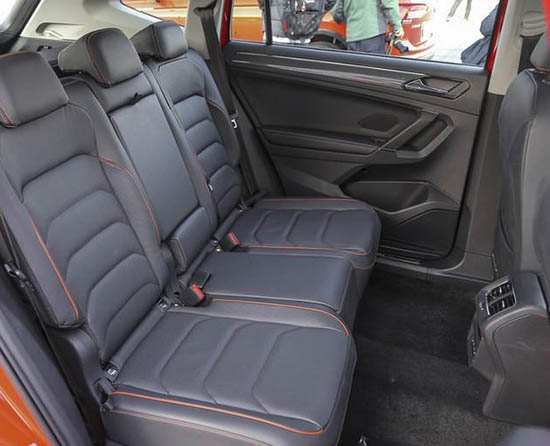 The back seat also looks pretty huge.
Which is great. But will surely compete with the more expensive Atlas.
Sure the Altas is a bit wider. But this looks to be enough room for most people… 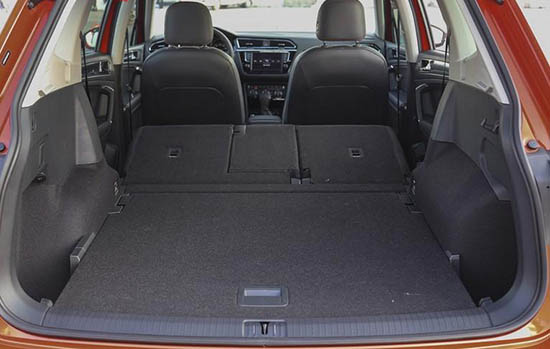 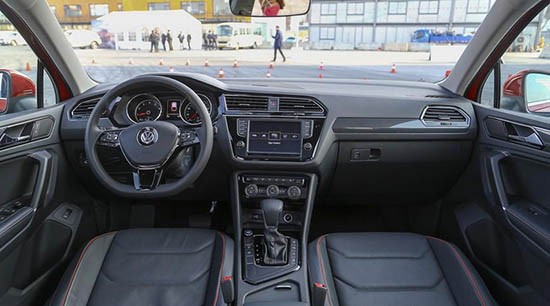 The interior is also much nicer looking than the Atlas. Since it is share with the regular, shorter version.
So it is a real European interior.
Unlike the Atlas and the US/Chinese Passat.

I think the Atlas is just too late for the US market. Way too late.
And the new Tiguan will eat it for its lunch…