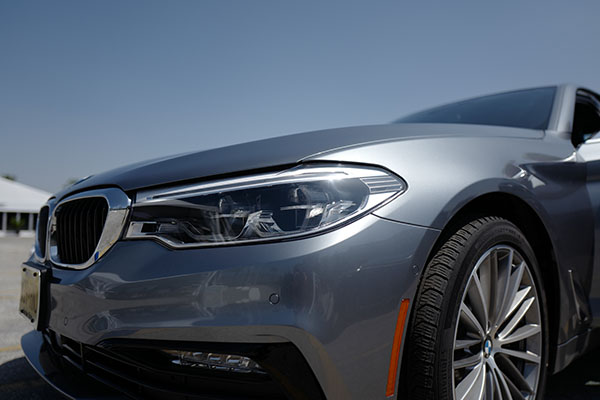 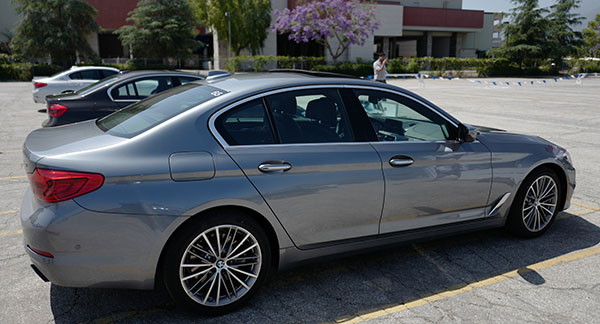 After the 3 and 4 series, I got the chance to try out the all new 5 series.
A larger and even more expensive model.

Yet, as you can see, it looks 100% invisible. To most people, it looks like the previous model. Or “a BMW” . Of course. (And that’s why people buy them…)
Nothing ugly. And nothing unexpected, since that’s the BMW (and Audi) way these days…. 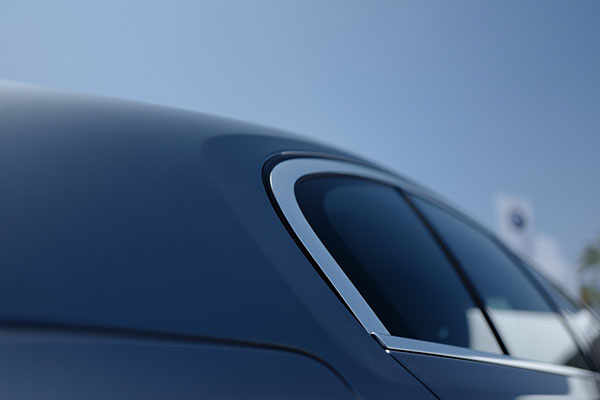 The only interesting line in the design is this one. That wraps around the rear side window. 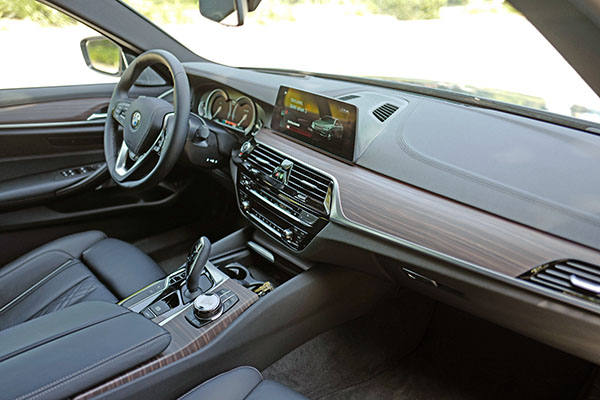 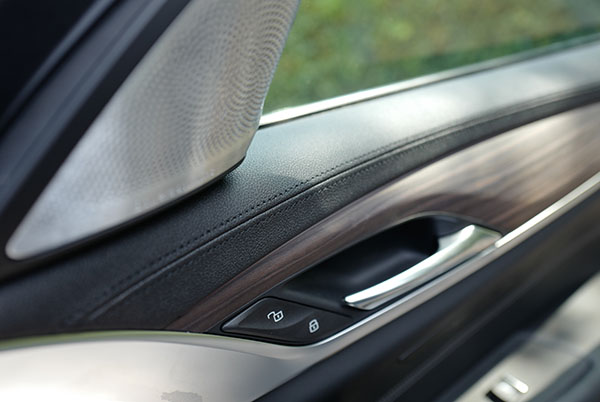 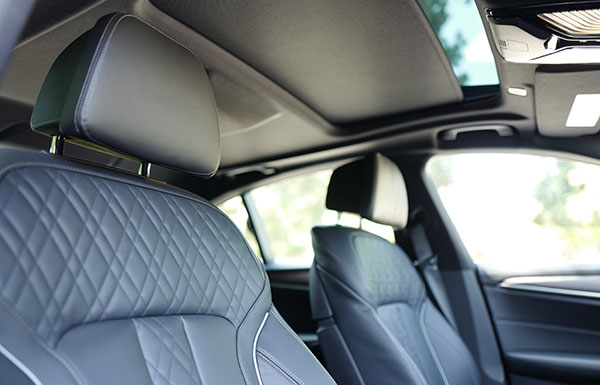 The interior is quite nicer than the 3/4 series. It is really a step up in quality and looks.
(Although, for my taste, I still prefer the Volvo S90 interior design. By a lot.)

Itjust feels very familiar and quite busy. And although it is better than the 3/4 Series, it still doesn’t feel like a car of this price. (My test car started at about $58 000, and was actually over $68 000 after options!) 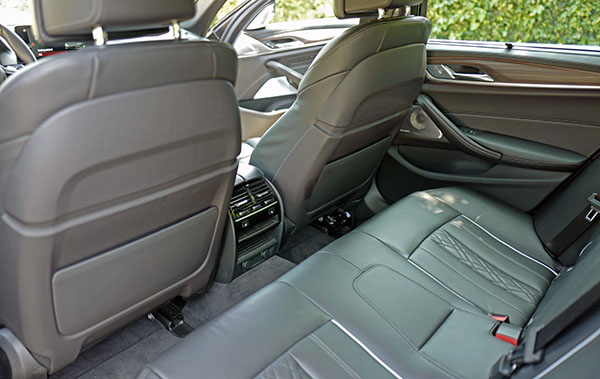 For such an expensive car, rear leg room is just OK. Nothing great.
I would say less than a Jetta.
And much less than a Passat.

Something I also notice was the sound of the doors when you close them. I expected that super solid German car feel and sound.
Nothing like it. Again, the Passat feels much more solid. 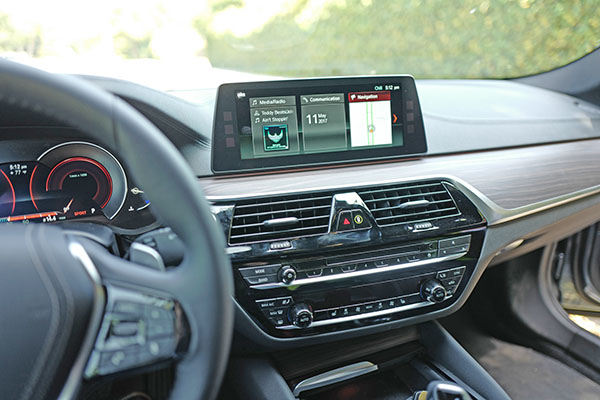 The drive is pretty much the same as the 3 series, but in a larger package.

So it feels even less sporty and more luxurious.
A super smooth ride, plenty of power. The lag from the 6 cylinder is still there (Now really not acceptable for $68 000).
The steering still feels a bit too light. Again, precise but more like a luxury car than an “ultimate driving machine”. 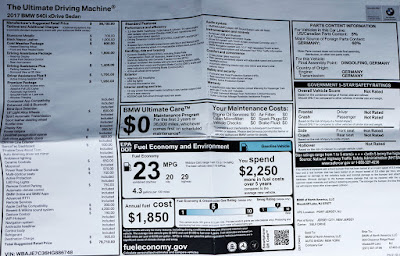 Driving the 3 and 4 series, I really thought these cars were overpriced.
That is also the case with the new 5 series. Even more so.

It does drive very nice, but I can’t imagine anything else at that price not driving nice.
I test drove a few Infiniti models in the past, and these were also very nice drives. For less money.
Now they also have Genesis to compete with .

I have to say, I had a well equipped Passat a while back for a week. And even though it can be criticized for its boring design inside and out, it is a very nice drive. And much roomier than the 5 series.
I would even say that the vast majority of people would think it is about as nice as this 5 series.
And if feels more solid on top of it.
For less than half the price!

None of this will matter to most BMW buyers. Since most of them won’t even consider anything else.

But if you are a bit more open minded, drive a few cars before you spend around $80 000 for this one.
Really.
They won’t have a BMW logo and you might even have to explain what they are.
Of course, if impressing friends and neighbors is the main consideration, I would say the BMW wins over Infiniti, Lexus, Genesis and others.