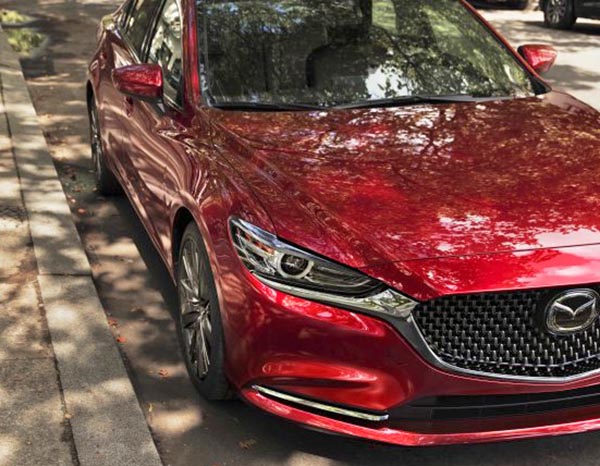 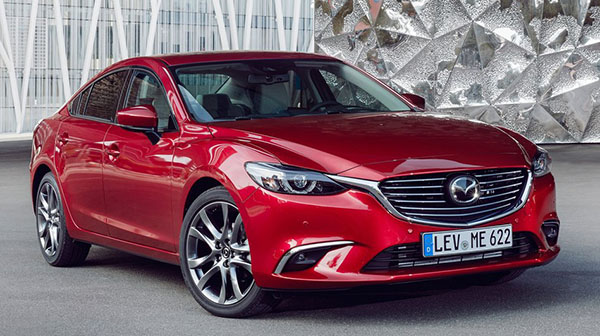 Not all new of course, but you can see a new grille. Which I think is much nicer than the one with horizontal slats.
With new chrome design and headlights.
The lower bumper design seems cleaner as well.

Hard to believe, but the current Mazda 6 came out in late 2012 (early 2013 in the US) . So this is a 5 year old design already. One that still looks much nicer than most of its newer competition.
And I am glad to see Mazda upgrading it without messing things up. 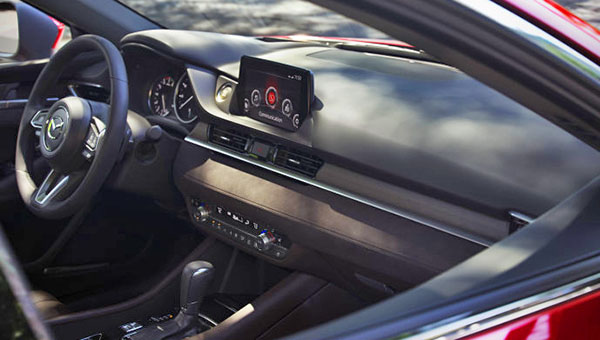 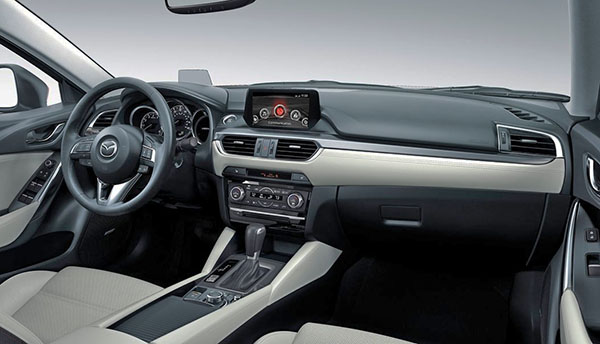 The dashboard design was all new for 2016. And yet it is getting upgraded again for 2018.
It looks like the console is also new.
(Again, the new 2018 interior is the one on top.)

I really like the current interior and I am not sure that new one is much better. I also see that CarPlay seems to still be absent. And the screen is still not integrated into the dashboard…

The big news is under the hood where it gets a new Turbo option. As you can now order the Mazda 6 with the 2.5 Liter Turbo engine from the CX-9. With 250HP
Which is a great move since many were asking for more power.
(Even though the vast majority of actual/real buyers will still go for the base engine. Just like in the Camry or Accord)
The base engine is also revised an gets cylinder deactivation for even better mileage.

A great car from a great company is getting even better. Good news!