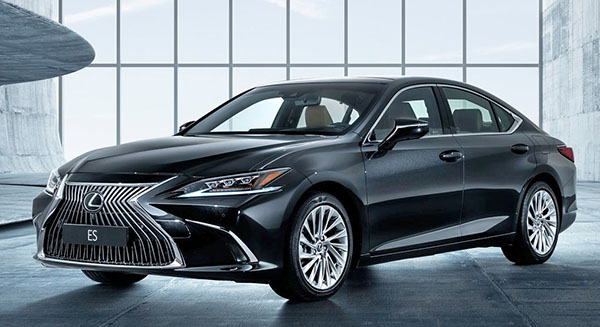 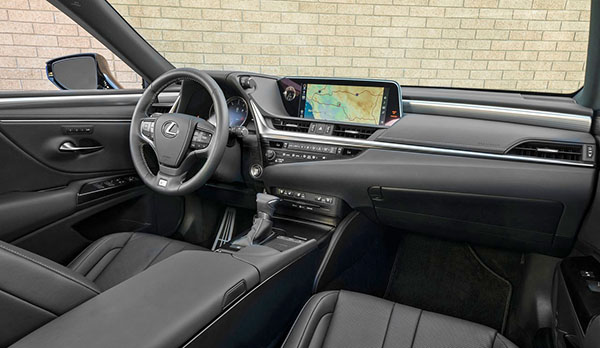 I have to say I expected a bit more from the ES redesign.
I know it has always been based on the Camry, but it always managed to look quite different.
This one somehow seems more “Camry-ish” than before.
And the trunk design looks really weird and heavy handed.
Plus, that cut in the chrome behind the side window never looks good. It doesn’t in the Mitsubishi Eclipse Cross or the Cadillac XT4. And it doesn’t here either.
It’s a bit hard to say about the interior. As all the official pictures are off the stupid “F-Sport” version.
(What is really the market for a fake sporty version of the Lexus ES???)
So there might be some wood trim somewhere in other versions (Like that trim on top of the dash and doors)
I am not sure this is an upgrade from the current version. At least visually.
It also doesn’t really look better than the Buick Lacrosse of the Kia Cadenza.
As usual, power is from a 3.5 liter V6 or a Hybrid with a 2.5 Liter engine.