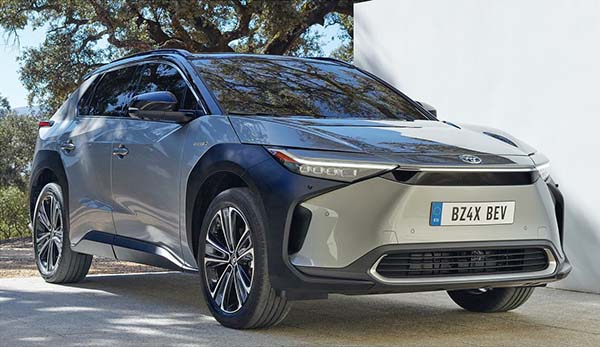 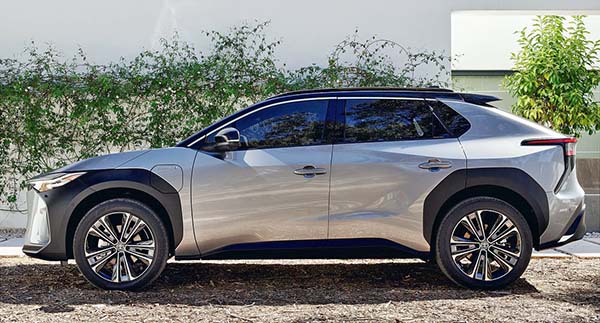 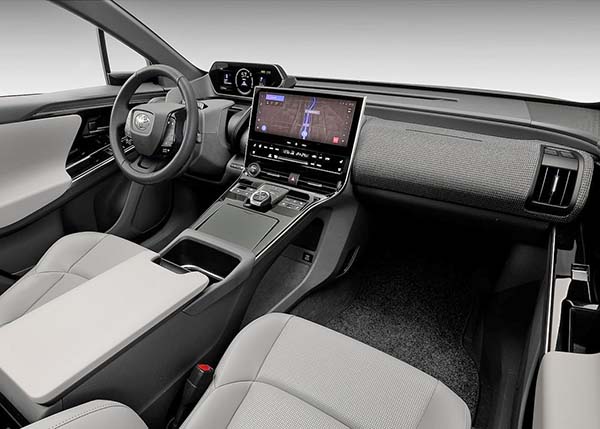 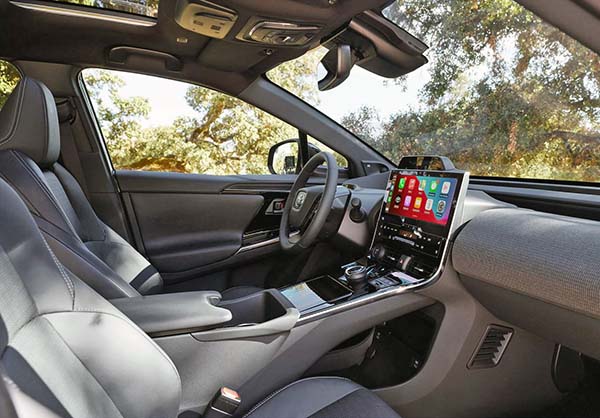 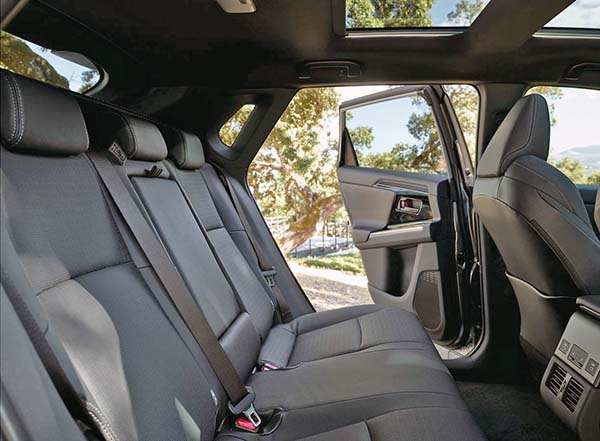 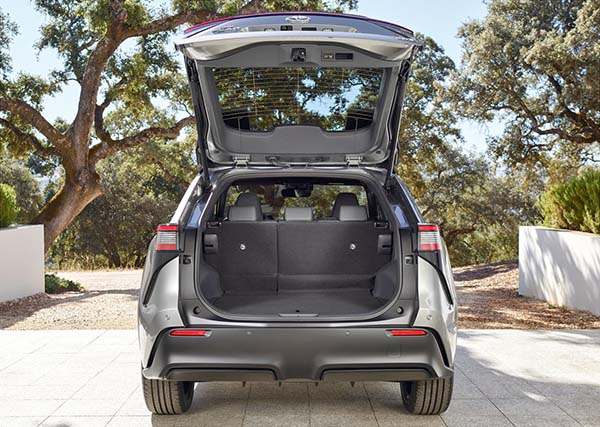 As expected, the production version of the Toyota bZ4X “concept” we saw a few months ago looks exactly the same.
Which is good news.
I think the new Toyota EV looks exactly like it is supposed to. A more modern, electric, version of their super popular RAV-4.
The interior seems much nicer too. The dashboard sits pretty low, and the screen is nicely integrated into the console. (It can be done!)
I think a huge drawback is its name. No one wants to say they just “bought a bZ4X”. It makes you sound like a science fiction nerd. bZ4X seems like a new planet name, not a car. This is ridiculous.
Toyota has not released photos of a front truck, so, who knows if there is one or not. (It would be a nice advantage over the VW ID.4)
– FWD and AWD versions will be available. ( I assume the Subaru model will come with standard AWD)
– 80% charge will take around 30mn with a 150kW charger.
– Optional solar panel roof. (Could add around 1100 miles a year)
– Range up to 310 miles (FWD).
This could take a few sales from Tesla (Especially with their current huge delivery delays). But I think it will hurt the VW ID-4 the most. If priced around the same.
It has a longer range. Seems roomier. The interior seems much more inviting. And Toyota’s reliability is a huge factor. VW is still seen by most (at least in the US) as a very unreliable brand. The ID.4 is an electric car built by a company known for its electric problems in the first place.
Toyota is already mentioning their “almost 25 years experience in electrified vehicle battery technology”. And claim the bZ4X battery will hold 90% of its performance after 10 years of driving.