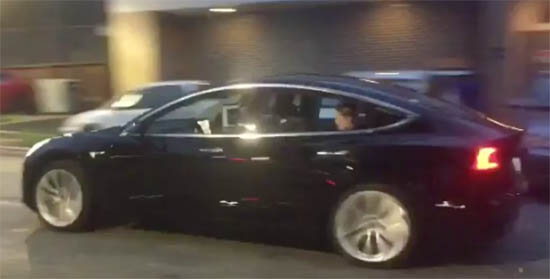 Elon Musk tweeted an all new, very short, video of a “final” version of a Tesla Model 3 prototype testing.

So, pretty much, what you see is what you’ll get.
There doesn’t seem to be many changes to the early versions we saw last year.
The front end has not been redesigned, or so it seems.
Musk mentioned the trunk opening was being redone. It’s hard to tell from this video.

He also said the interior were a work in progress.
From the picture above, (and the video), it looks the same. 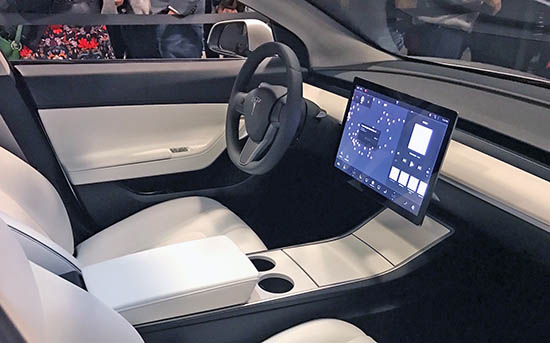 Here is the early prototype interior. Which, we were told, was not final.
You can see the video HERE. On my Twitter page.
What do you think?