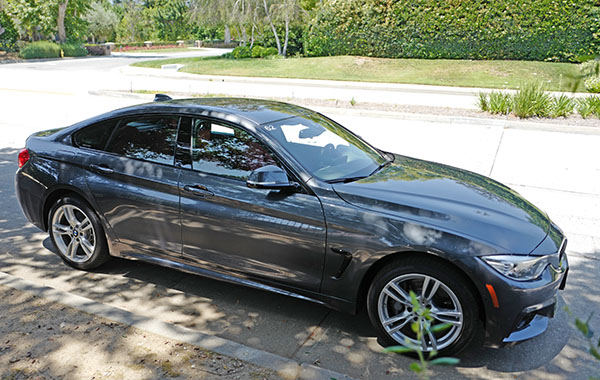 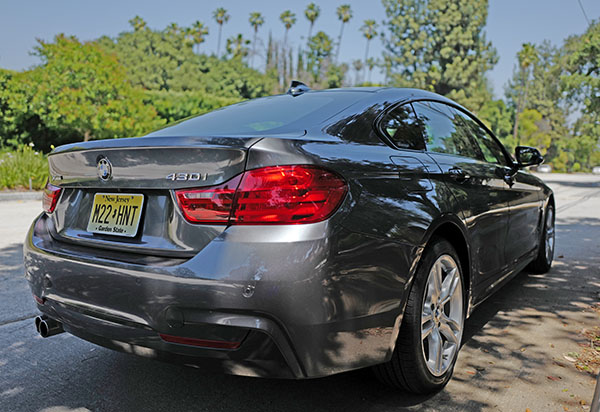 After driving the 3 series, I got into the 4 series hatchback.
The whole 3/4 series is pretty confusing. (Just like their phony engine naming…)

I have to say, I do like the design of the 4 series a bit better than the 3. Since I do like hatchbacks in the first place. But the Audi A5 hatchback is much nicer looking.
And so is the all new VW Arteon. 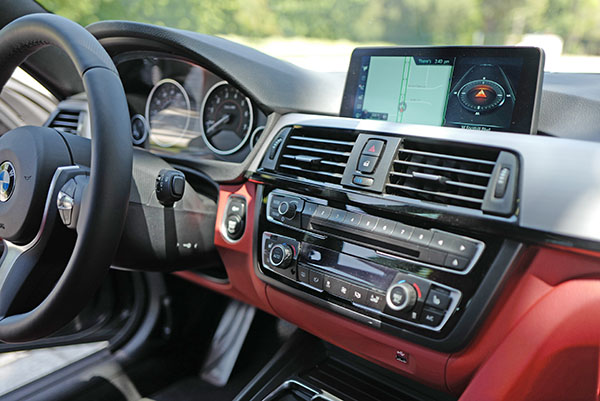 Inside, it is real the same as the 3 series. Same dash etc…
So again, nothing great.
And the red interior in my test car was really not something I would get.
(That kind of color combo is better suited for a room at the Madonna Inn.) 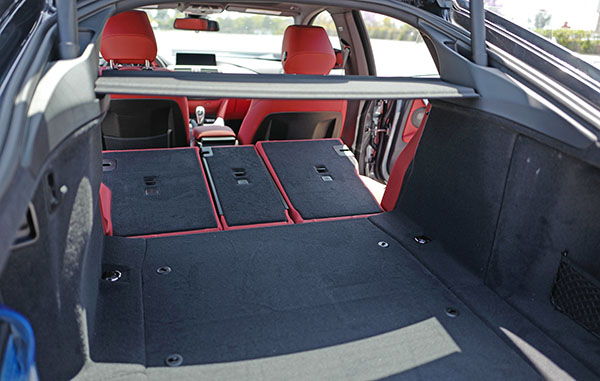 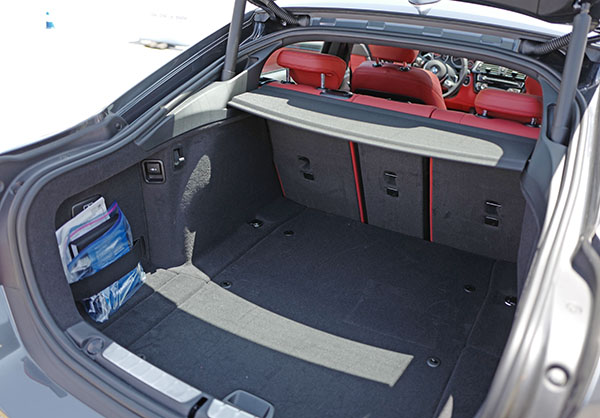 The hatchback is the best part.
And the main difference with a 3 series.

It is roomy and well finished.

But I must say, the rear seats have the worst headroom I’ve experienced in a 4 door car.
I’ve driven other hatchbacks and never experienced that before.
This is really not a great car for 4 adults…

The drive is, of course very similar to the 3 series.
Except the 2.0 Liter turbo is a little bit noisier when pushed. And of course feels a bit slower.
But really not by that much.
I don’t think the 3.0 Liter engine is worth the premium.

On top of it, the 2.0 has much less turbo lag for some reason. So it’s actually easier to drive around.

The frameless doors are cool looking. But don’t have a very solid feel to them (Even less than the 3)
Again, this is on a $62 000 compact car….

Right now, it’s main competition is the much nicer looking Audi A5 hatchback.
But the VW Arteon is coming. And that will be much cheaper. And probably nicer than this 4 series.
Even Kia is getting in there with the very promising Stinger GT. 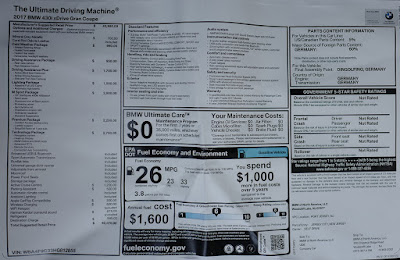 As you can see above, the pricing of everything is insane.

First you get the $44 000 starting price. (Click on the pic above to see the whole thing)

Things like the “Premium package” that includes just a few small things that should be standard in the first place. For $2200!
Same with the $2700 technology package (Because $44 000 doesn’t even give you navigation)

Again, just like the 3 series, the 4 series is a nice driving car. But it’s nothing great.
“Ultimate driving machine” it is not.

The crazy over pricing is just the final insult.