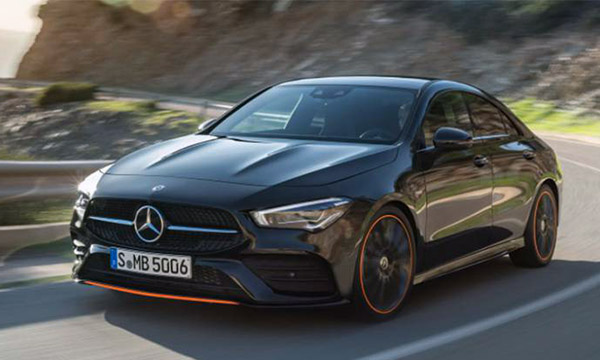 After the launch of the all-new sedan version of the A-class compact car, you would think Mercedes has enough small models slotted under the C-Class.
You’d be wrong.
For 2020, the CLA is back with a new design. It is now a sleeker version of the A-Class sedan.
With the same engines and same interior. (And probably still less rear headroom)
I guess Mercedes intends to offer a “4 door coupe” version of everything they make eventually?

Here is the new CLA compared with the A-Class sedan. 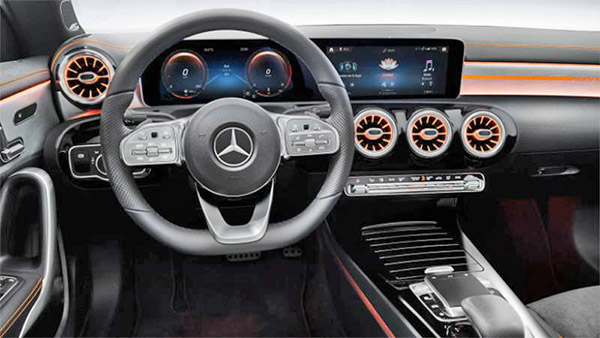 As you can see, the interior is the same in every version of the new A-Class.
(And again, shown here with that horrible/cheap looking  orange “ambient lighting” on)

I am still not sure who would actually buy this over the regular A-Class sedan. For thousands more.
But Mercedes seems to think there is room for that many small sedans in their lineup.

The A-Class sedan is rumored to start at around $35 000 in the US. Which, after sitting in one, seems to be some kind of a joke.
Sure, it looks fine and is roomy enough.
But there is really nothing premium about the super busy and rather cheap looking interior. Except maybe for that large screen on the dash.

Otherwise, a loaded Honda Accord is a much more premium car.

That black and orange combo might look fun on the 1966 Batmobile, but it looks ridiculous and tacky on a 2020 Mercedes.