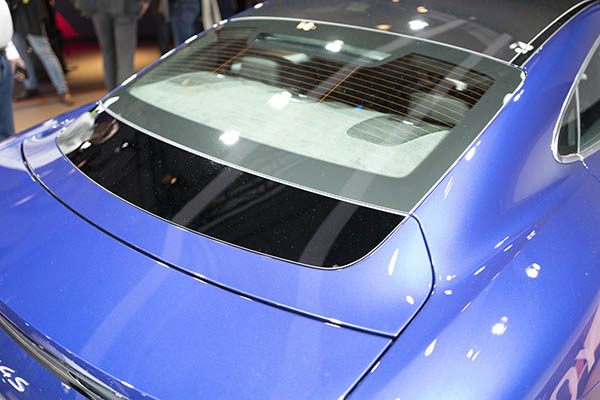 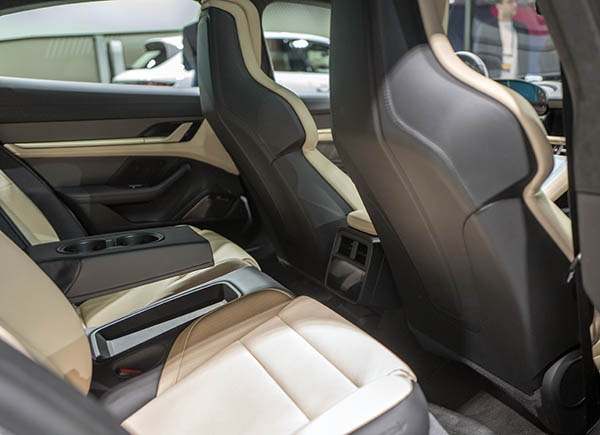 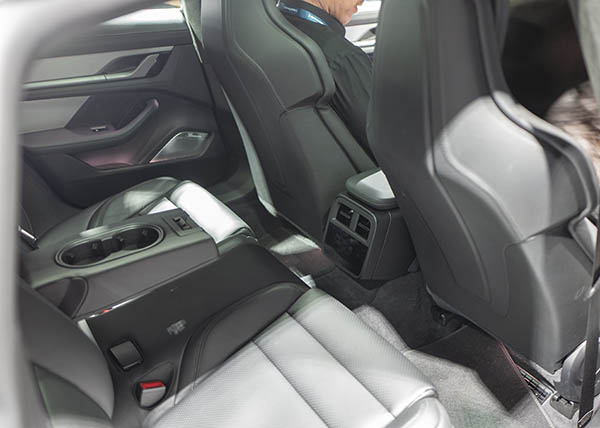 I was disappointed to see that the rear design of the Porsche Taycan was trying too hard to look like a hatchback, without actually being one.
It even uses the same “cheap”trick” as the all new Kia Optima. Where the part under the rear window is actually the top part of the truck, covered in black plastic. Pretending to be part of the window.
It’s not good on the Optima and others.
But I think it’s really bad on a $100 000 Porsche…
The Taycan has been described many times as a competitor to the Tesla Model S.
But, at least from the back seat, it is not. As the leg room back there is smaller than a Model 3…