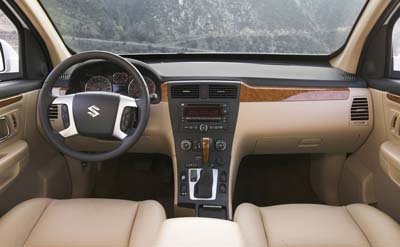 There are talking of it being based on an “extended platform”.
So it looks like it as a cousin of the Torrent/Vue after all.
But with a 3.6Liter GM engine made in Japan,
Go figure…

The interior is nothing to brag about. generic to the extreme, You can’t tell where you are!

By the way, Is anybody else really waiting for the new Sebrings???? Maybe tomorrow…