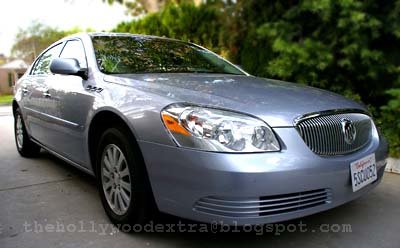 Buick is in a pretty bad situation right now.
And it is mostly because the’ve been selling a lot of crappy cars for a long time. And people just got tired of getting screwed…

The Lucerne is for now, their top of the line model. Trying to get past Park Avenue owners back, and also get new customers into the brand. That is one tough job… 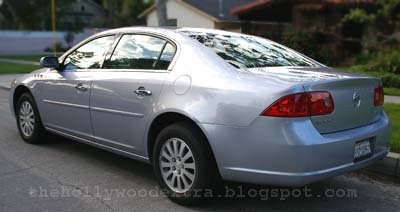 First, I have to say it is a pretty nice looking car. On pictures it seems a bit like the new Passat. But not so much in the flesh.
It looks much longer. It actually looks a bit too long, almost out of proportions.
The front still has a very traditional chromy grille. Something they might have to get rid of if they are serious about attracting a younger crowd.

The rest of the car is very clean and tasteful. 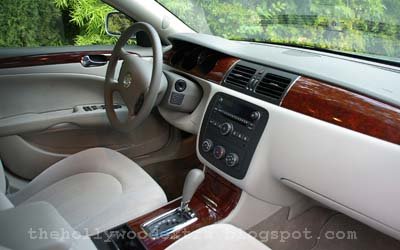 Inside, it looks like a Jaguar. Well, kind of…
Again, a very classy and simple look. Almost too simple. The center part of the dash almost looks empty. A bit too plain.

Plastics are not all soft, but they are of very good quality. The seats are just OK. The lower back has no support at all, and the headrests are “way back there”. But that might be another story with the optional leather.

All the switches and dials feel great and smooth.
One thing I noticed is the lightweight feel of the doors when you close them. They do feel thin and cheap. So does the trunk.
Unlike the Avalon or the Azera.
Pretty surprising in such a large car. 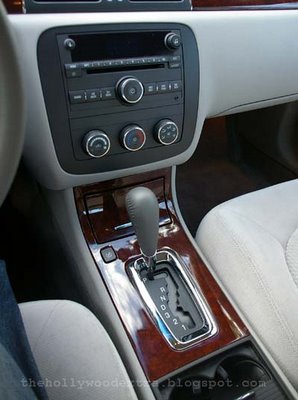 The iPod plug is a great feature. But where do you put the iPod?
The cup holder is way back past the shifter…

That auto shifter by the way, is pretty awkward. It feels too tall (or the console is too low) and is pretty rough to move around. At least it is where it should be…
But the interior is generally a very nice place to be. With a super roomy back seat, and also a huge flat trunk.

On the road, the car is very, very quiet .
The engine is fine most of the time. Although it is never as smooth as the Japanese competition. It also sounds really rough just when you start from a stop. I’ve noticed that before with the GM 3.8 Liter.. Seems like they can’t, or don’t want to, do anything about that.
There is enough power, but that’s about it. Nothing more.
At least it’s not too thirsty. On my daily commute (about 30% freeway), I averaged 21MPG of regular.
If you need more, get the V8.

The brakes feel great. And so does the steering. Very light but precise and never loose.
And unlike cars like the Maxima, it doesn’t feel like you are playing a Nintendo game.

The ride is very smooth without ever being too soft. 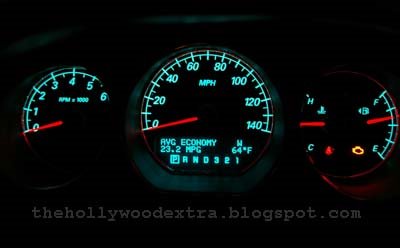 I really enjoyed driving this Buick for a few days.
It is a fine car until…
Well, until you check out the competition Mainly the Toyota Avalon and the Hyundai Azera.
Both cars have more power and a more refined engine. And the Azera feels does feel like a more expensive car.

That is GM”s main problem. Their cars are fine until you check out the competition. It seems that they live in their own bubble and don’t get out into the real world.

My “base” car was around $26 000. Maybe quite a bit less with rebates.
For that price you don’t get a remote or full power seat. It’s not that cheap.

The Avalon starts at $27 300 ($25 000 on carsdirect).
And the Azera starts at $25 000 ($22 800 on carsdirect)
Both cars have much more standard features than the Buick, and a much better engine. They also feel more expensive.
The Azera has one of the best made interiors out there.
If you get a V8 Lucerne and add options, then you fall into Lexus territory.

The Buick Lucerne is still a good choice for those looking to get a comfortable full size car.
It is good looking and very quiet. With a very comfortable ride.
But so is the competition.

I cannot really imagine anyone, with an open mind, choosing the Buick over the Toyota or the Hyundai.
Unless you are taken by the design, or must own a Buick…
It is, like most GM models, a car for those who do not want
to “shop around”…