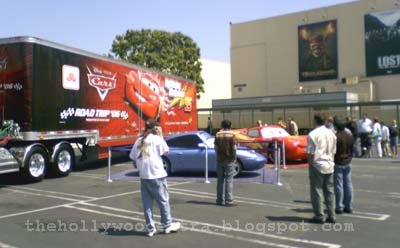 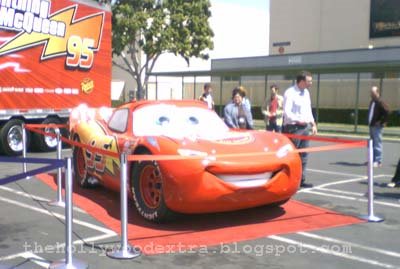 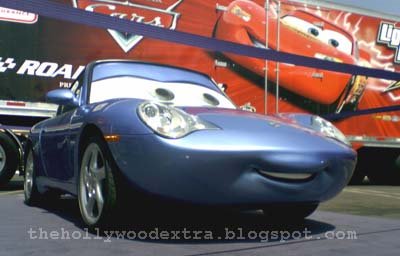 I was on the Disney Studio lot in Burbank last Friday, and here is what I saw.
They had “live” versions of the characters from the Pixar/Disney film “Cars” on display in the parking lot.
The blue car was obviously made from a Porsche 911, and I think the other one was too. Although it was less obvious.