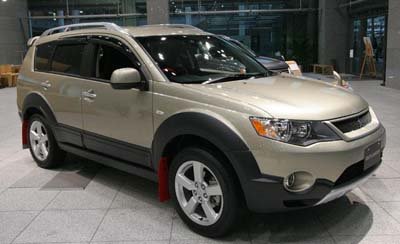 The new Outlander is now officially Japan’s best selling SUV.
A good thing for Mitsubishi. Many people had written them off the map.
I remember when, back in the 80’s, the Galand was praised as one of the best sedan you could get by most of the US press.

And, as you can see, there are already plenty of after market parts available for the Outlander. At least in its home market.