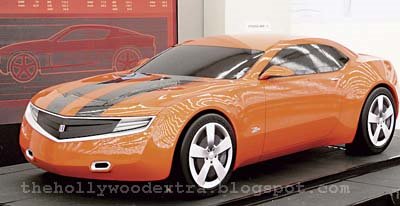 Here are a couple of pictures of what the Camaro concept could have looked like.
The orange car came first. That’s the one they didn’t like.
You’ll notice on the wall behind it, a full size illustration that looks like a fastback version of the model.
Interesting.

The red illustration was the 1st one they actually liked. That one became the concept, after some changes.
maybe it does give us a few hints at the production model. The lights, for instance, actually look more production than the final concept…