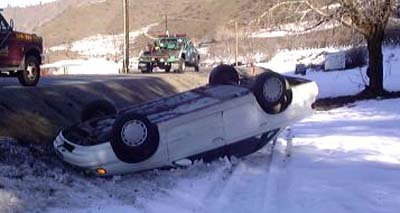 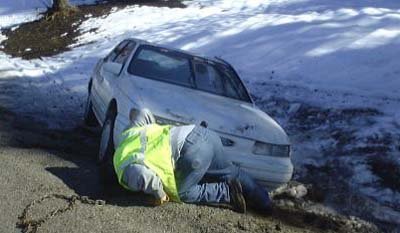 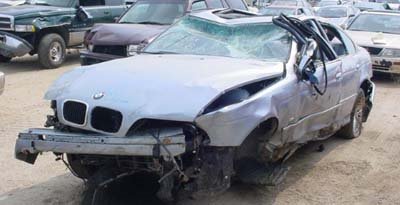 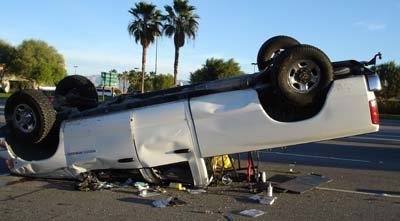 Not all Fords fold on your head when rolled over.
These are pictures of a Taurus after such an accident.
The damage to the roof is really not comparable to the Dodge Pick up un the bottom picture.
the BMW didn’t crush its occupants either.
I am not saying that trucks are death traps. Most people driving them will never have an accident. But that’s what car safety is all about. About that one time when you do get into trouble. That’s why people wear seatbelts, for that one time that will probably never happen.
Car makers don’t make trucks safe because they don’t have to. It is that simple.

They wouldn’t put seatbelts in cars if they didn’t have to.
We have to make them do it. Car safety has always moved forward because of laws and consumer demand, never because of the car makers generosity.

How can anyone defend these guys?