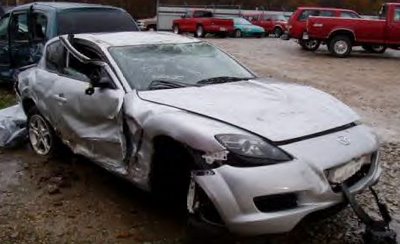 Well… Here is a picture of a “small but strong” Mazda RX8 after a roll over crash.
You draw your own conclusions about “big SUV safety”….