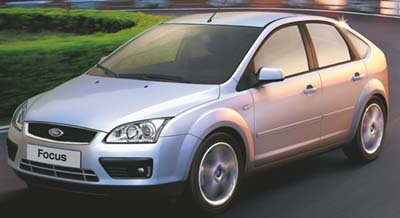 Ford will bring the Euro Focus in the US in 2008 ( That would be the 2009 model year)
The car will be made in Mexico, and of course, willl use cheaper materials than the Eupopean version so Ford can try to make a profit on it. (they are loosing money on the current model)

Meanwhile, the current Focus will get a new front for 2007, similar to the Fusion.

And insiders are also reporting a new small SUV type thing called the Bronco.
Not sure if that would be a replacement for the Escape, or a more trucky one like the Toyota FJ….