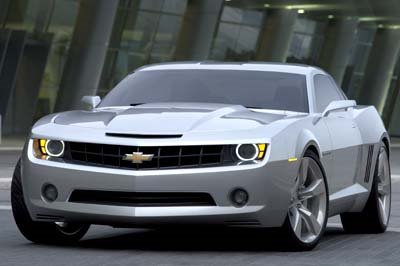 The V6 means it will be an affordable car, competing with the Mustang.
Let’s hope GM doesn’t change the design too much, or makes it even better.
Chrysler has already announced the production version of the Challenger would be “identical” to the concept…

Check out AmericanMuscle.com and their new line of
Chevrolet Camaro
Parts.