Home > No Chery for Bricklin

No Chery for Bricklin 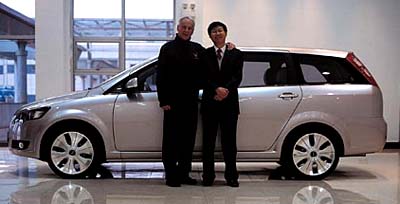 It seems that, after all, Malcom Bricklin will not be exporting the Chery Chinese cars in the US after all.
Not sure what happened, but “they” say the recent Chery/Chrysler deal (where Chery will build the small Hornet for Chrysler) might have something to do with it.
Does that mean we won’t get Chery at all?
Or will they be sold through Chrysler?

Bricklin is said to now working on his own models, to be built in China (!)
What a weird mess….