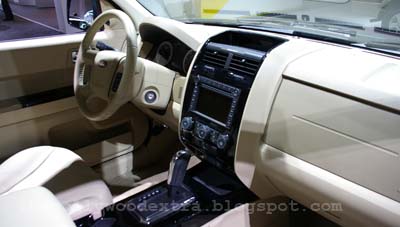 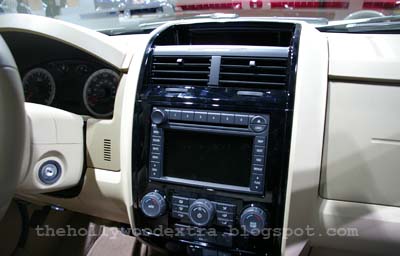 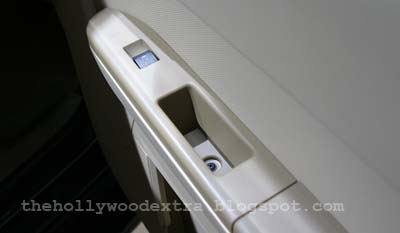 I must say, form the pictures I had seen of it, I was ready to hate it.
But I didn’t…

First, the doors feell really solid. Something new from the cheap metallic sound of the previous model.
They do feel much better than the all new (And more expensive) Edge.
A good first impression.

The interior design is a matter of taste. But I think if does go pretty well with the squared off exterior.
The plastics are of better quality than the Edge.
The console has a “piano black” plastic finish that looks pretty good yet simple (Unlike the many different textures used in the Edge).

As you can see, the door panels do look overly simple and cheap with exposed screws. Reminds me of the cheap mid 80’s Toyota Tercel (it looked cheap in 1984, and it looks horrible now)

But this isn’t very expensive. I think if you don’t mind the square shapes, the interior seems better to me than the RAV4.
Maybe it is the cream leather .
They also claim it is quieter and smoother (which it needed to be).