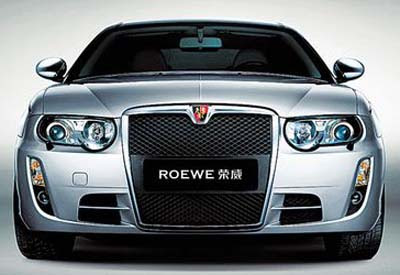 Chinese/Korean car maker SsangYong (better known for its disturbing looking SUVs) will sell the “Chinese Rover” in Europe starting in 2009.

So they also could, later, sell the MG version, the MG7, and even more models like the smaller Roewe 450.