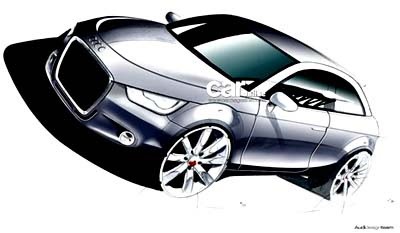 It says “Audi Design Team on it….

Dos that mean it’s official? A clever fake?
Who knows….

From this design, it does look pretty much like what anyone would expect. Nothing new.
Just a smaller version of the same design Audi has been using for years now.
Could it really fight against other designs with much more personality? Like the Mini or the Fiat 500…