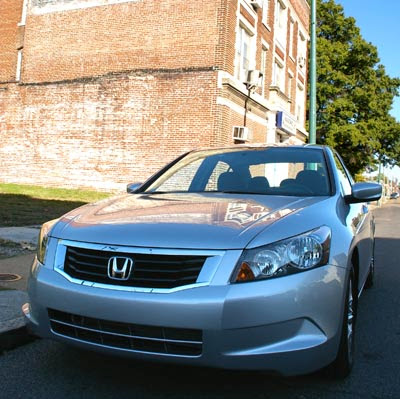 I am still not used to the design of the new 2008 Accord.
Not because it is too modern, but because it looks like at least 5 different designers worked on it, and never talked to each other.

It does look more upscale than the previous generation. But when you get up close, it does get weird.
Seems like they tried to “look” upscale without really “being’ upscale.
Like some fake expensive car. 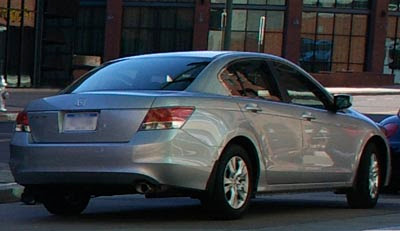 The rear view is no better. A weird mismatch of shapes that don’t really belong on the same car.
But like I said, somehow, it does look more expensive than the old one.

And it is another example of Honda’s “VW wannabe” problem. The profile seems to try to imitate the Passat.
And then it falls apart when the car turns. The front and rear don’t belong on the same car. 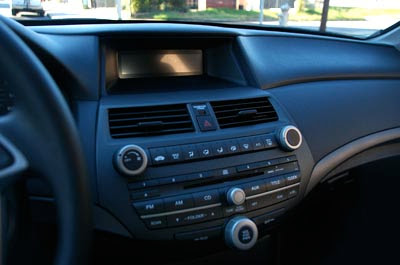 I liked the interior design at first.
But the more I was driving the car, the less I liked the interior. The shapes are soft and pleasing. But they also got a bit weird after a while. It also felt very cold. There is just no warmth to it (Maybe another color would help)
It’s hard to explain.

And it is a sea of hard plastics in there. They do looks good, with nice grain designs. But most of the car’s interior is hard to the touch.
Talk about hard, the lower seats are also way too hard for me. Like if the lumbar support as turned all the way out. But on my car, I couldn’t change the setting at all. 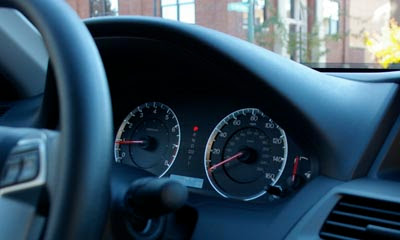 When you start the car, that’s when things are getting much better.
That engine is amazing. The base 2.4 Liter is so smooth it is really the best attribute of the car.
And 170hp is plenty for any normal driver. The EX version of the car has a 190 hp version of the same engine.
They even add some noise canceling system on the EX. My LX was already one of the quitest 4 cilynder engines I’ve ever driven.
The idle is a bit louder than the Camry, but it actually runs quieter.
There is really no need for the V6 on this car.

The one thing I didn’t like about the driving experience was the steering.
It felt too touchy and nervous. Not linear at all. It took quite a bit to get used to. And I really never enjoyed it that much.
Again, it seems that they artificially tuned it to make it feel like a sporty car, when it’s not.
It just felt weird to me. 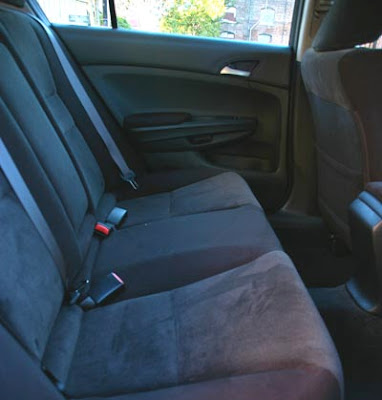 The suspension is always comfortable. Smooth but firm. Softer than the Altima, but not as cushy as the Camry or the Passat.
The back seat, as you can see, has more than enough room for most people.

The new Accord is a good car with a great engine.
If you like the look and the interior, you’ll be a happy camper.
But I’d rather have a car that doesn’t pretend. Pretend to be expensive, upscale. Or pretend to be sporty.

Honda’s reliability, unlike some recent Toyotas, is really never questioned. So quality and resale value won’t be an issue.
But I would still look at the competition.
The Camry is smoother still, and I like the interior better.
The Passat has a much stronger personality and a much better interior. (But a questionable reliability record. Although it is much better than it used to be)
The new Malibu is still my favorite of the bunch. With a great interior, steering and perfect ride balance.
Now if you could only put the Accord engine in the Malibu….

Cars, like life, are a compromise. You just have to pick yours…