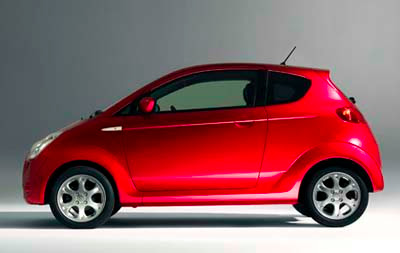 Subaru will sell an electric version of their tiny R1 model in 2009.
So by that time, it might actually even be a redesigned version. The picture here is of the current R1.

The electric model will be able to reach 62mph with a 50 miles range.
Which is actually enough for a lot of commuters. And you can recharge it to 80% of its capacity in just 8 minutes.

Nothing about prices yet. they were talking about $17 000 after a couple of years in production. And even coming down to $13 000 later if production increases.

That would make it the “affordable electric car”….