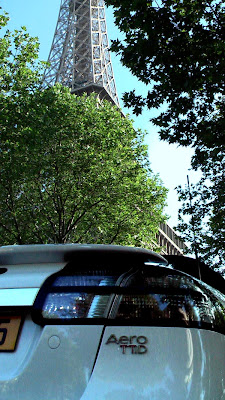 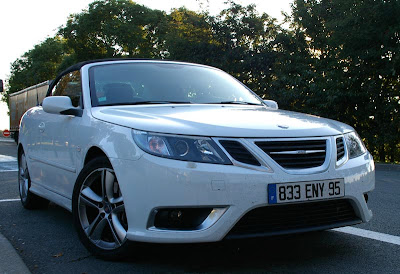 We’ve all seen the Convertible from Saab. And the Euro Diesel model just looks the same.
The engine I had was a smallish 1.9 Liter but with 180hp.
It was more than enough for the car. It felt quick at pretty much all speed.
And even smooth, past 30mph. And silent at freeway cruising. 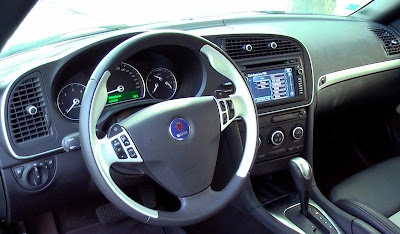 Like I said before, the interior looks really nice. And most plastics are of good quality, except for small details. But in general, a BMW interior does have a higher quality feel that this.
Everything feels solid (Except the turn signal and wiper switch), but somehow it doesn’t translate in a very high end look. 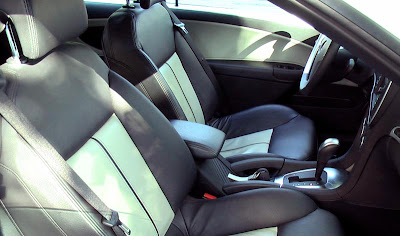 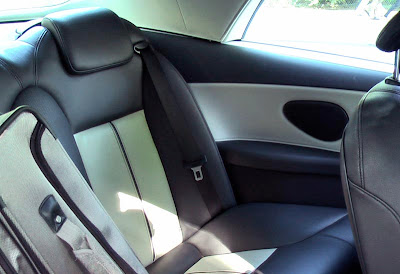 The seats are frankly amazing. And you notice it right away. After 4 or 5 hours of driving, your back never hurts.
They are suportive yet very comfortable. Just about perfect.
And the back is fine for most adults.

Unlike the Pontiac G6 I was driving a few weeks before, the interior part of the top is very well finished.
The light color gives the whole interior a more open feeling. 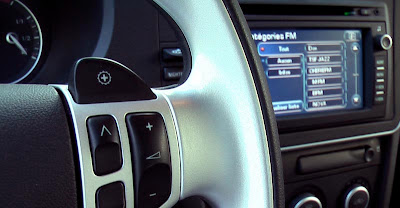 The silver plastic finish on the steering wheel just doesn’t work for me.
I’m not sure who thought this looked sporty. The material just looks too cheap to even remind you of metal.
The one they use on the console around the shifter is much more convincing. I couldn’t really tell if that was metal or not.
The one on the wheel doesn’t even match…. 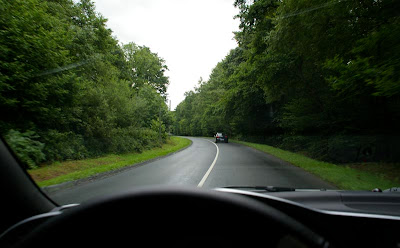 The drive was great.
When you first start the engine, there is no mistake, it’s a diesel all right. Which still feels weird to hear what I still think of as a “tractor sound” on an upscale and refined car like this one.
But once you get going, it goes away and the engine does feel pretty smooth.
I only felt a lag from the turbo once or twice. Just a little bit.
The ride is firm yet very smooth. Maybe too much for a sporty car. But this isn’t really one.

So, would I convert to diesel????
Where I was in Europe, diesel and gas are now about the same price, diesel still being just a bit cheaper. It used to be about a third less than gas people told me.
In the US, diesel seems to be about $1 more a gallon than regular. So it doesn’t really seem worth it.
The noise trade off is actually a big one for me, if doing a lot of city driving.

But…. I did average 35MPG on my trip. Which was about 60% highway.
Pretty amazing. The G6 averaged about 18mpg. Granted that was mostly city. So you might push it to 22 or 24 with more freeway. Still.
And the Saab was also driven faster.

So you do your own math. Is it worth it or not.
And how much more expensive will diesel car be in the US.
I heard the new Jetta diesel qualifies for a $1300 tax break.

Most manufacturers will be selling diesels over here next year. Nissan, Honda, BMW to name a few.
I just think it might not be as successful as they hope.
Hybrids using cheaper regular gas might still be the way to go for those trying to save gas money in the US….

Or a nice 4 cylinder engine that gets over 30MPG in the city.

How about that crazy idea???