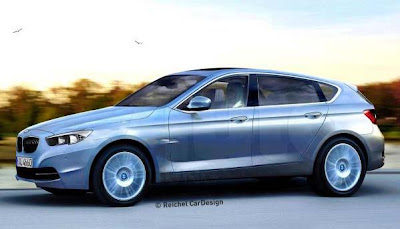 It looks like BMW is getting ready to produce a hatchback version of the next 3 series sedan. Just like they are doing with the upcoming 5 series.
From this illustration, the car would be much more modern looking than the 2010 5 series GT.
But I really don’t think BMW will go that far. The next 3 series will probably be pretty conservative looking…