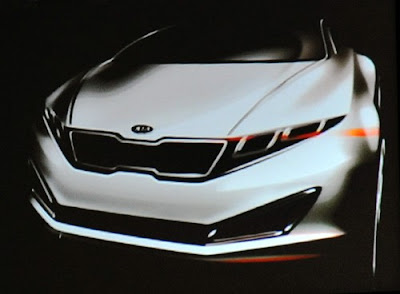 It was just a matter of time until Kia would get to have its own car based on the RWD Hyundai Genesis sedan.
And from this illustration, or even what we’ve seen from Kia lately, it will look much more modern than the ultra conservative Genesis.