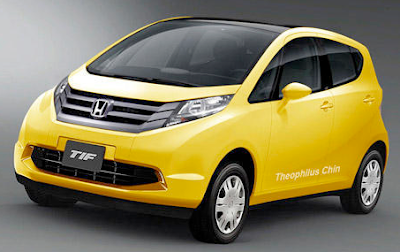 Honda will show a new concept at the upcoming New Delhi auto show. (Illustration above)
This is supposed to give us an idea of what their planned “Tata Nano fighter” could look like.

It will be engineered to sell in emerging markets as well as other countries.

The Nano will go on sale in Europe next year, and maybe the US later.
So we might also be seeing the super cheap Honda model over here.