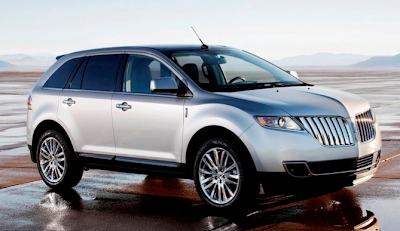 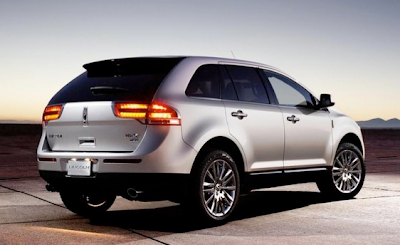 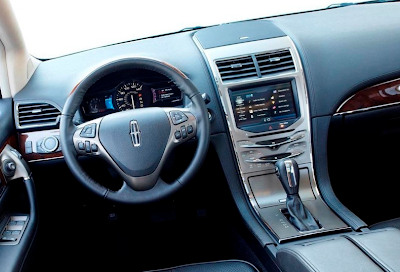 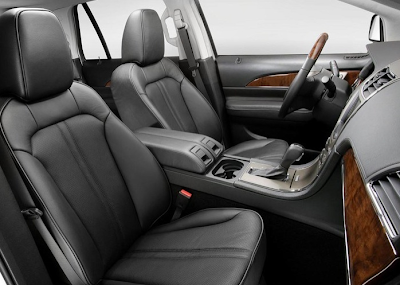 A real improvement here.
I already liked the previous one, but this really seems even better.
And classy. Except the “light gold” color on the interior trip. I find nothing classy about gold.

Still, this looks like a great choice.
Ford seems to be doing very little wrong lately…

Now for the official word:

-“Standard MyLincoln Touch and remote start lead the list of features or technologies that are new for the 2011 Lincoln MKX, including:

• Adaptive Cruise Control and Collision Warning with Brake Support allows the driver to set the vehicle’s speed and maintain it without using the accelerator pedal, and warns the driver of a potential collision risk. It also helps reduce speed and automatically pre-charges brakes and engages an electronic brake assist system to help drivers stop more quickly when the system detects a collision is imminent.
• Blind Spot Information System (BLIS®) with Cross Traffic Alert is a feature that helps detect vehicles in blind spots during normal driving and traffic approaching from the sides when reversing out of parking spots.
• MyKey™ is designed to allow parents to encourage teenagers to drive safely and more fuel efficiently, and increase safety belt usage. The standard MyKey feature allows owners to designate keys that can limit the vehicle’s top speed and audio volume.
• Easy Fuel® Capless Fuel-Filler System is a standard Ford-exclusive feature that uses an integrated spring-loaded flapper door to eliminate the need for a fuel tank screw cap.

Power for the 2011 Lincoln MKX is supplied by the 3.7-liter Duratec V-6, which employs advanced technology and clever control strategies, such as Twin Independent Variable Camshaft Timing (Ti-VCT) to increase horsepower and torque without compromising fuel economy.

Customers of the 2011 Lincoln MKX will enjoy a luxury crossover that has best-in-class power and torque versus all V-6 competitors with unsurpassed highway fuel economy of 25 mpg – all on regular fuel. Horsepower has been increased to 305 – a 15-percent increase compared with the outgoing product – while torque is up to 280 ft.-lbs., marking a 12-percent improvement.”