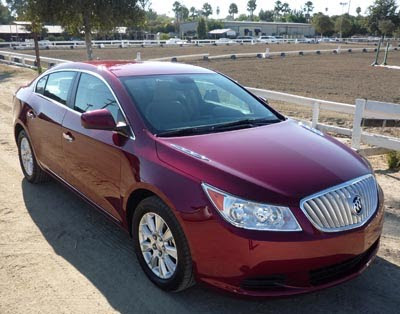 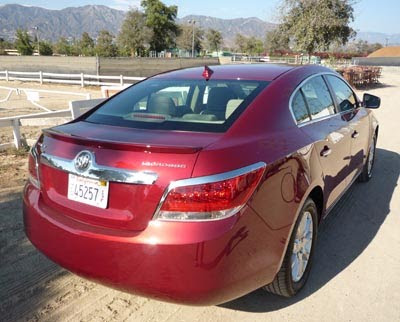 As you might remember from my previous Lacrosse test drive, I think the Buick sedan is a great car.
My previous test car was a loaded 3.6 Liter V6 CXS model, competing mainly with the Lexus ES, and I think the Buick is the better car of the two.
I was very curious to see how good the same car was with the smaller 4 cylinder engine, and without many of the options.

-HOW IT LOOKS.
Obviously, the 2.4 Liter looks pretty much the same as the V6 model. Which is great.
I think the new Lacrosse is one of the best looking sedan available today. The same goes for the cheaper CX model. 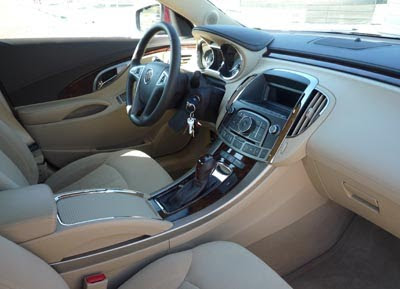 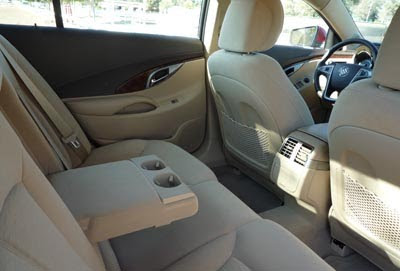 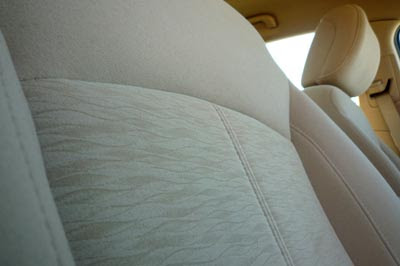 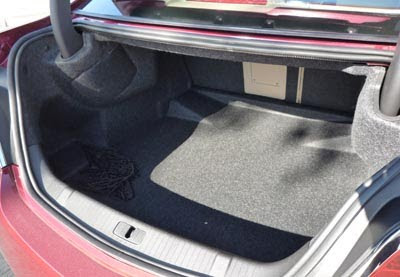 -HOW IT IS INSIDE.

The V6 version I drove before had a grey leather interior that looked great.
This base CX came with a beige/brown cloth interior.
AWhich doesn’t look that great…

The cloth is OK, but not as good as some others. And even though there is nothing wrong with it, it does give out a rental car feel to the whole interior.
I also was not a big fan of the interior color choice. The beige is a bit dark and quite yellowish. Not the light cream we now see in other brands. And the darker brown is pretty much exactly the color of dark chocolate.
I would rather have a cream/black combo. But that just me…

Otherwise things are the same as in the more expensive versions. Except there is no navigation, and it is not an option.
Leather and a sunroof are also not available in the CX.
My car also didn’t have steering wheel controls for the stereo, and the sound was just OK.
But there is an option for a better sound system. 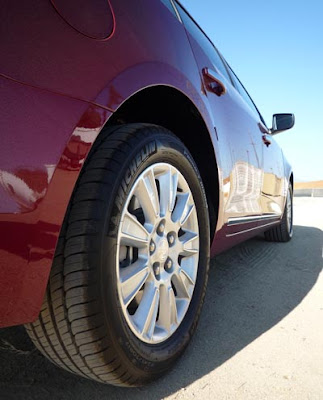 As before, the ride is pretty fantastic.
Just a little bit firm, and always smooth and comfortable.

The whole car has a very solid feel to it, no matter how bad the road gets.
A much better experience than the Mazda6 V6 I drove a few weeks ago.

The steering is harder than you would think for a Buick. Or a luxurious car. This is no Lexus in that regard.
Which is a good thing.
It feels great at any speed and really ads a lot to the driving pleasure. This is much more of a driver’s car than most people would think.

Here is the main thing. It feels like some strange experiment: use a rather small engine in a large car. Does it work?
Yes and no.

As in the Malibu, the 2.4 Liter is very quiet. Although, it does get a bit noisy when you really push it. Which you end up doing more in the larger Lacrosse.
But If you just drive rather slowly and cruise most of the time, you won’t be able to tell it is a 4 cylinder.

There is also enough power. Most of the time.
But if you need to get somewhere quickly with more than 2 humans on board, it will struggle a bit.

The main reason for the smaller engine would be price and mileage.
During my week with the 3.6 Liter V6 I got 17 in the city and 27 HWY.
I struggled to reach 19 in the city, and did get 31 HWY with the 2.4 Liter.
So, sure, there is a advantage. But it’s a pretty small one… 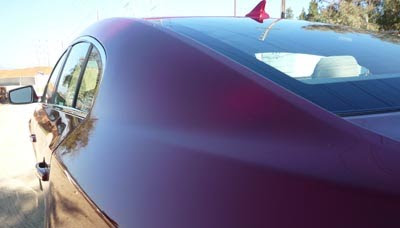 The Lacrosse CXS V6 is a great car. My test driver was loaded for a almost $37 000 and it was pretty competitive for what you get.

The base CX with the 2.4 Liter engine starts at about $27 000.
Which is quite a bit of money compared to the competition.
Most cars for that price come with a V6. Although most of them do start at over $30 000. Like the Maxima and Avalon.

I think with the Lacrosse, the way to go is the great 3.6 Liter V6. It fits the car better.
The smaller engine isn’t that much cheaper and uses almost as much gas.

The Lacrosse is a great car, but the smaller engine belongs in the Regal.