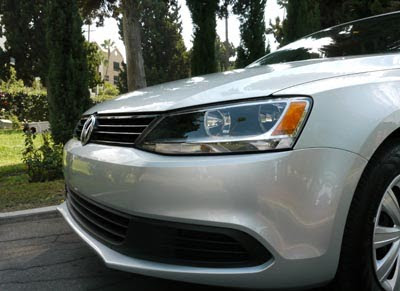 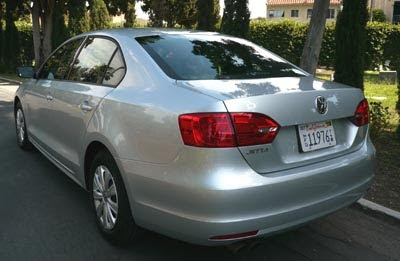 -HOW IT LOOKS.
Well, it is quite conservative. Many expected something more original from VW for the all new Jetta.
But in real life, it does look pretty upscale. Almost Audi like.
And the front end in particular, has a sort of very modern simplicity to it that looks really good.

The plastic wheel covers do look cheap, but this is a base $16 000 model. Most other cars in the size/price range offer the same. 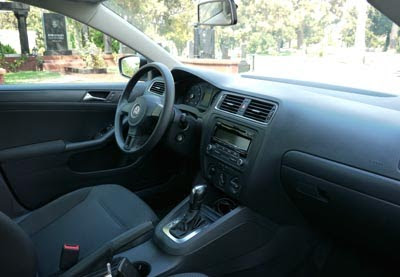 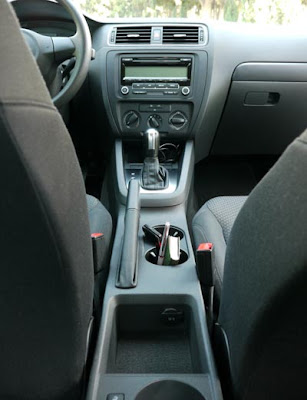 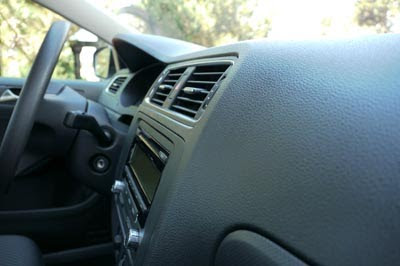 -HOW IT IS INSIDE.
The interior of the new Jetta has been the subject of many criticisms.
The new model is cheaper than the previous version, and VW did cut costs in many areas. And interior materials is one of them.

So plastics do not feel as soft and upscale as in the previous Jetta, or the current Golf/Jetta wagon.
But to be fair, it is not as bad as many reviewers have said.

The dashboard and doors are now covered in hard plastics, but it is the case in many other cars costing about $16 000, or even more.
Doors feel very solid when you close them, and everything inside feels solid and well put together.

The non leather steering wheel does feel a bit cheap and grainy to the touch. But again, no more than others.
The main thing I missed in the Jetta S is an armrest. Especially in the Automatic version.
There isn’t any covered storage area in the console.

The seats are firm and very comfortable.
The standard stereo was just adequate. But it did have an iPod plug. 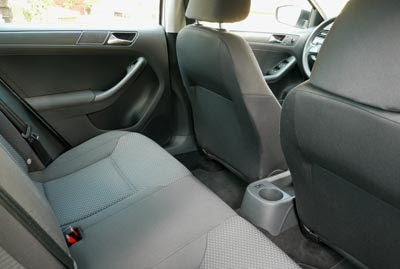 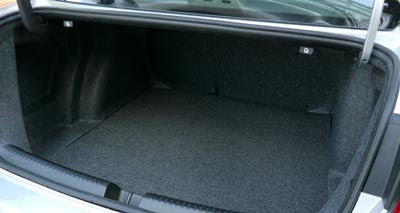 The car is longer than before and it shows in the back seat.
It is about as roomy as a mid sized car back there. Which makes the “cheaper” Jetta a good alternative to more expensive models.
The trunk is also huge. 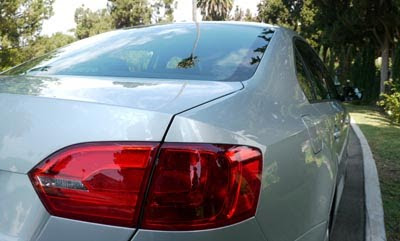 -Ride.
The ride is one of the best I’ve experienced in a car under $20 000.
It really rides like a much more expensive car. It feels solid, slightly firm and very smooth at the same time.
A very German feel. Which is great.

-Steering.
The steering is also a bit firmer than most of the competition. A bit firmer than the Golf too.
But always smooth and accurate.
In combination with the solid ride, it gives the new Jetta an expensive car feel.

-Engine.
The base S model is the most controversial of the new Jettas. Because it uses the old 2.0 Liter engine, which was not offered in the previous model.
It was the base engine 2 generations ago. And I had no idea it was still in production.
It is a bit of a let down. And it still only produces 115hp. Less than anything that size.

I am not sure how much VW is saving by not using the vastly superior 2.5 liter (standard in other models) in the base version. I guess they wanted that $16 000 base price at any cost.

The engine is actually pretty smooth. As long as you don’t push it.
But there is really no power, or almost, until about 3000rpm. So you do have to push it to just take off.
Once up to speed, it does cruise very quietly.

So if you plan on driving slowly pretty much all the time, the 2.0 L might be OK. Otherwise, it will be a constant source of frustration. Especially since the 6 speed automatic refuses to downshift unless you really put your foot down.
A manual might be a much better experience. 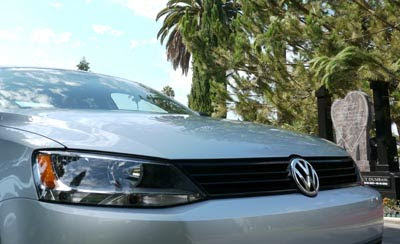 I really liked driving the new Jetta for a week. But the car really deserves the better 2.5 Liter engine, and a few more things inside.
Like an armrest, leather steering wheel etc…
All of this, and much more, is available in other versions.

For this price you can get a Kia Forte EX, which is not a base model.
It has a better stereo, a much better and powerful engine and is better equipped than the Jetta S.

I do like the German feel of the Jetta over the Forte, but most people might not notice.

I do like the new Jetta quite a bit. But the old 2.0 Liter will a tough sell for most.

I will be driving an SEL version in a few weeks and will be reporting on what should be a much better car.