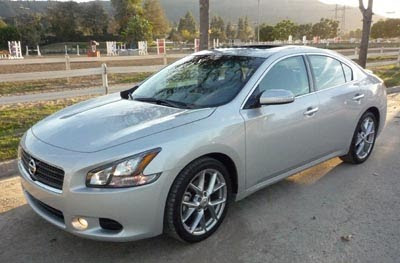 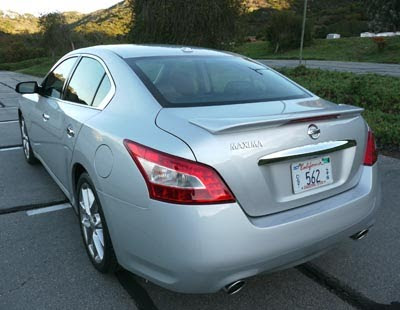 After almost 3 years on the market, the current Maxima is still a very good looking car.
Unlike the previous generation, it doesn’t look like a big Altima anymore.

But a big problem remains, as the Maxima is the same size as the current Altima.
The Maxima is smaller than its competition like the Lacrosse and the Taurus. So the same question remains, why not get a loaded Altima for less money… 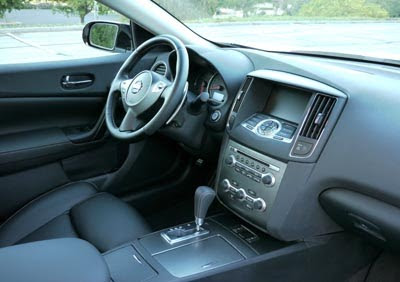 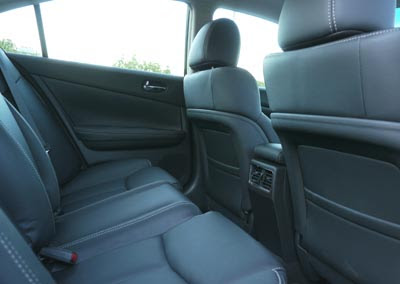 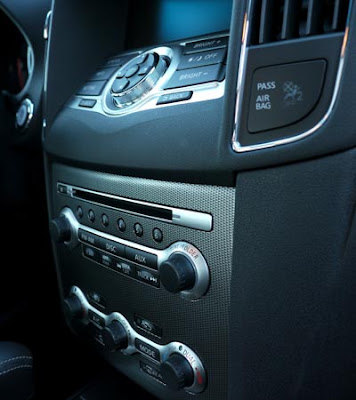 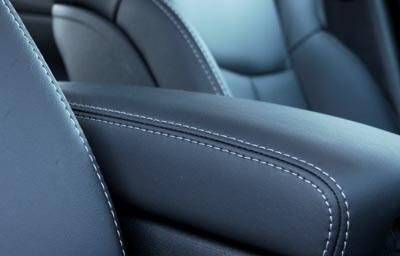 I really like the interior of the Maxima. It does a good job at mixing a luxury feel with a few sporty touches.
Like the really good looking metal finish on the dashboard.

Overall I think the interior looks more modern and upscale than the Infiniti G37’s.
And plastics seemed of better quality since I last drove a Maxima last year.

My test car did not have GPS. Which is not a good thing for a $37 000 car.
And the control screen was not a touch screen, which felt a little cheap in a world where pretty much everything else, from phones to cameras, use them.
The optional Bose sound system sounded really good, but the connection with the iPod would cut on and off at times, which became quite annoying.
And there was some weird electrical gremlin that turned one of the stereo control on the steering wheel into the horn button.

The back seat is very roomy, but not as much as in the Buick Lacrosse. 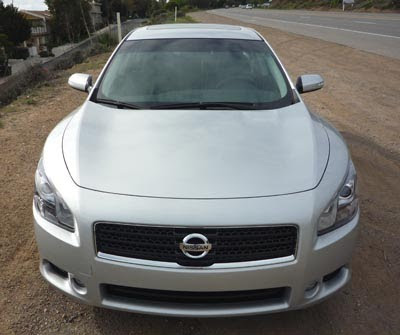 .Ride.
My test car had the sport package which includes a sport suspension and 19 inch wheels.
The ride was just a little bit firm, but very smooth.
And actually not very sporty.
I think the Lacrosse does a better job at getting a smoother ride, and yet a sportier feeling.

.Steering.
The steering was very accurate, but much too light for a sport sedan. More in tune with a luxury car.
Again, the Lacrosse feels much sportier.

But at least, there was no such thing as torque steer when pushing the car.
A huge improvement from the previous generation. 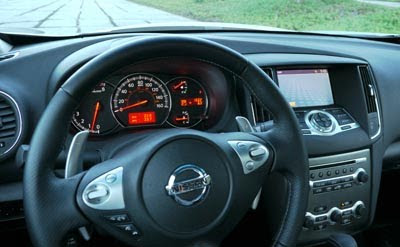 The 3.5 Liter is very familiar to anyone who has driven a Nissan or Infiniti in the past few years.
It is always very smooth, quiet and powerful.
But in this case, I did noticed a very slight, but still annoying, vibration through the steering wheel between 1000 and 2000 RPM.

It made the whole thing feel a little less refined than the competition.

The CVT was again superb. One of the most responsive transmission in this particular application.
Instant power, all the time.

The big Nissan is rated at 19 City and 26 HWY.
I managed to get 22 in the city and 30 on the freeway.
Better numbers than the sticker’s, but also better numbers than the last one I drove.
Which was strange since I pretty much take all the cars I test drive through the same routes in and around Los Angeles. 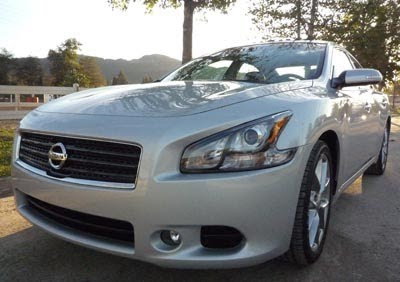 The Maxima is a fine large sedan.
But I would not call it a sport sedan.

It might be weird for some to admit, but we now live in a world where the Buick Lacrosse is a sportier, and more satisfying drive, than the Nissan Maxima.
Who would have thought…

And there is no denying that the 3.5L V6 Altima remains a strong competition to the Maxima.
A loaded V6 Altima (with Navigation) is about $5000 cheaper.

The next big Nissan needs to become something else. Either even larger, or one of these slick 4 door coupes.

Right now I would rate it above the new Taurus, but below the Lacrosse.
And a new Hyundai Azera is coming out soon.

Speaking of Hyundai, a better equipped Genesis sedan (Including GPS), is only about $1000 more.

The world is moving fast around the Maxima…