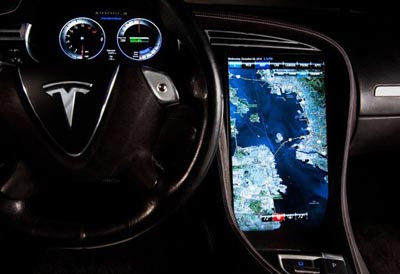 Tesla announced that its upcoming $57 000 Model S sedan will be using a giant 17 inch display.
As well as a 12.3 inch instrument cluster LCD. Similar to the one in the jaguar XJ.

From the picture, it looks like the 17 inch screen really does wonder for the navigation system.