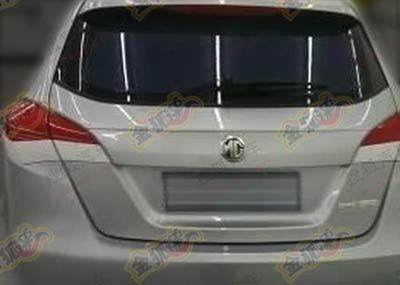 Just as predicted, this will slot between the all new MG3 and the larger MG6 hatchback.
Which itself is based on the Roewe 550 sedan.

The new Chinese owners of MG seem to be really taking care of the old british brand with a whole bunch of new models.
The MG6 is even built in England with the MG3 to follow soon.

This upcoming MG5 looks to be some sort of small minivan rather than a small hatchback.

We’ll see a concept version of it at the upcoming Shanghai Auto Show in a short while.