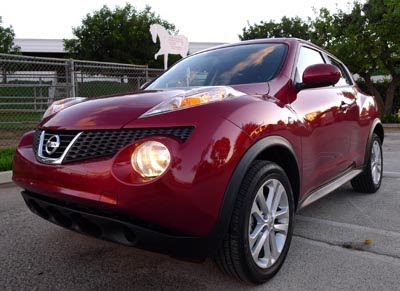 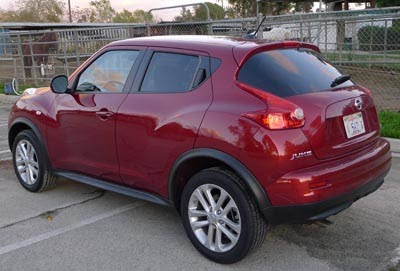 -THE LOOK.
Well. It is controversial to say the least.

When I saw the concept car, I was pretty stunned that Nissan actually chose to turn it inot a production car.
Sure, a small powerful SUV type car could be cool.
But the concept looked rather.. shocking.

And when I saw the first pictures of the real thing I pretty much hated it.
Then.. It kind of grew on me.

After driving one for a week. It really grew on me. Most of my friends still hate the front end.
But I think overall, the car has a “cute bulldog” personality to it.
And I actually do like it.

Although I still understand people who don’t.

So there you go. I guess it’s just one of these cars that “isn’t for everyone”.
Which is actually a good thing…. 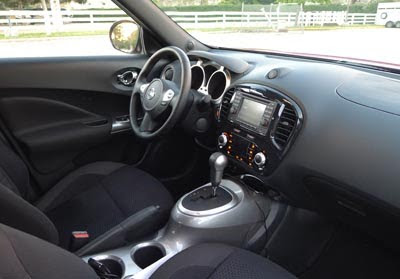 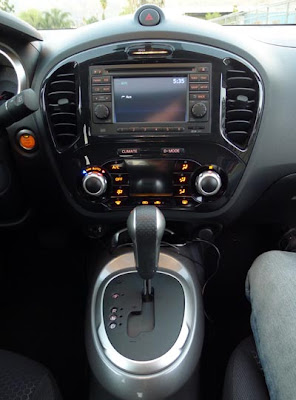 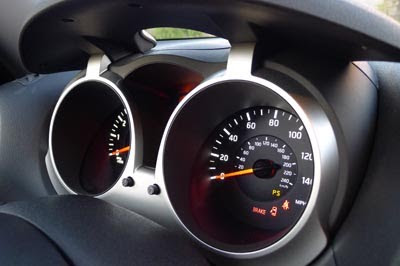 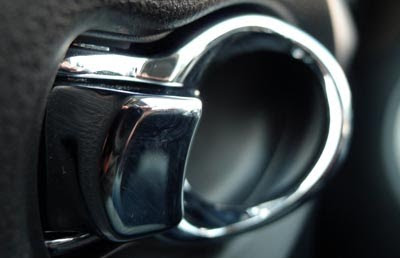 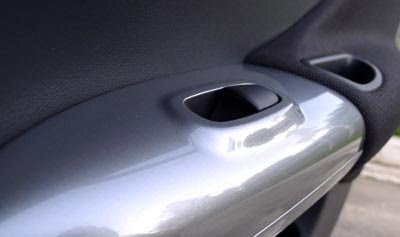 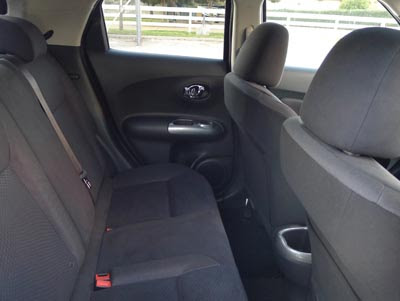 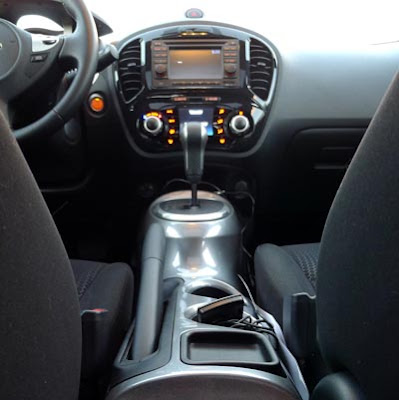 -THE INTERIOR.
I think the interior does look great.
My test car had a black cloth, but my choice would be the grey/black leather combo.

Everything is solid and very well put together. And it looks modern and original.
One cool trick, that I have never seen before, is that some of the controls on the console are shared between Climate and Stereo. The same switch can have 2 different functions.

The stereo on my test unit was a 6 speaker upgrade that came as part of the $800 navigation package.
A great deal . And it sounded really good, with flawless touch screen control for the iPod.
Except the iPod will be exposed so you have to take it with you, or hide it somewhere when you leave the car.

And there is no locking storage available. The console is full of holes, but nothing can ever be covered. So you really can’t leave anything behind. Except for what you can fit into the glove compartment. 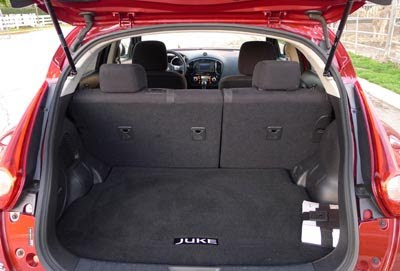 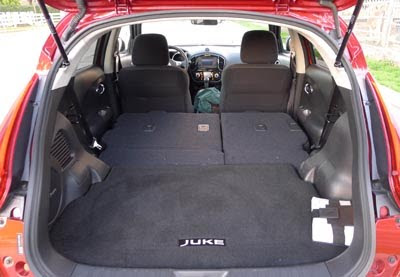 The back seat is pretty roomy.
And the trunk space is really good.
And great when you fold the back seat.

.Ride.
The ride is firm. As expected from a sporty little car.
But it is always smooth enough and comfortable.

And the ride is quiet around town and on the freeway.

The steering has a good natural feel. But it feels a little light for a sporty model.
I guess this would be my complain with most cars these days. Steerings are getting lighter and lighter… 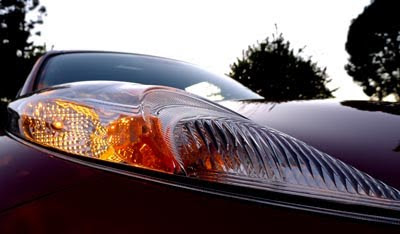 The engine is one of the most interesting part of the package.
Nissan chose to use a small 1.6 Liter unit with a turbo to produce 188hp.
Which sounds like a good idea. After all it is more power than the larger 2.5 Liter in the Altima with its 175hp.
But there is a catch. Actually a few catches.

First, there is almost no power before you reach about 2500RPM. Which means you pretty much have to floor it when you start.
Then the Turbo kicks in..

Even though Nissan claims the Turbo provides the full 177 ft-lbs or torque at 2000 RPM, there seem to be almost no power before 2500RPM.
Then it provides that old fashion Turbo kick.
Which might be more manageable with the available manual, but my test car had the CVT.
Which is fine. But it doesn’t seem to fit with the Turbo engine at all.

I am actually not sure of the advantage of this little Turbo engine over the larger 2.5 Liter unit. 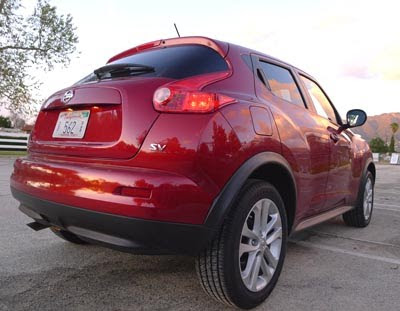 The Juke was a pleasure to drive. I had fun every time I was behind the wheel.
Even though things could be even more fun with a better and smoother power delivery from the turbo.
Which I think could be at least partially solved by choosing the manual transmission.

The interior is a fun a pleasant place to be, and I did get used to the design.

Pricing is a bit strange, as my SV test version’s sticker was almost $23 000. Including the navigation package.
But a loaded SL model is less than $500 more and includes leather heated seats and more.

I would really recommend the Juke, for those who can get past the stupid name. And don’t mind the design.
But I would also advise anyone to test the manual as well as the CVT.