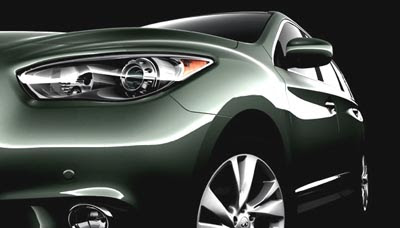 An all new 7 passenger crossover from Infiniti will be introduced in just a few weeks.
They also say the production version will be shown at the Los Angeles auto show in November.
(So I’. not sure now as what they will show next month… A prototype?)

This will compete mostly with the Buick Enclave and the Audi Q7.