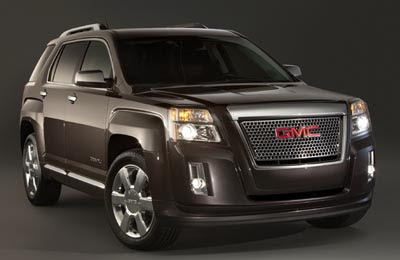 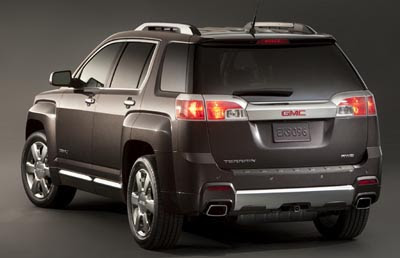 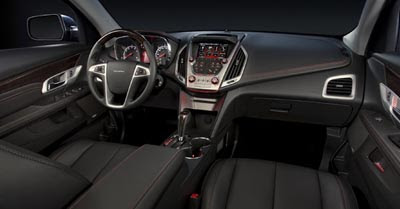 I drove the Terrain last year and liked it. Despite its blocky look.
Besides the exterior design (which almost grew on me after a while) my main complain was with the “slow but thirsty” 3.0 Liter V6 engine.
I hear the 2.4 Liter is actually much better.
For the new year, GMC has decided to offer a luxury Denali version.
As with all Denali models, the differences are mostly added chrome, and more chrome.
Here, the grille actually looks a bit better than the standard model.
And the wood inside doesn’t seem to bad. At least it is dark and there doesn’t seem to be too much of it.