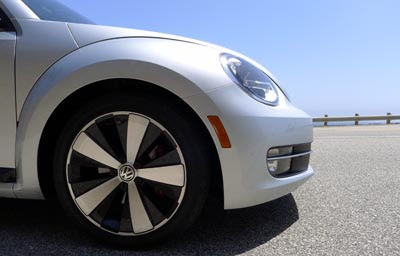 Thanks to one of you, I was able to reset the auto up and down window feature. They now work properly. (so it was not a VW electric bug after all)
But I was still unable to do the same for the sunroof, which still opens only half way.

Drove the car a lot more today, and got about 33MPG on the Highway in the standard D mode.
And 30 on the S.

The difference is due to the fact that the D doesn’t use the 6th gear. Therefore the engine runs at about 3000RPM when cruising at 65. Instead of 2000RPM in the regular D mode. 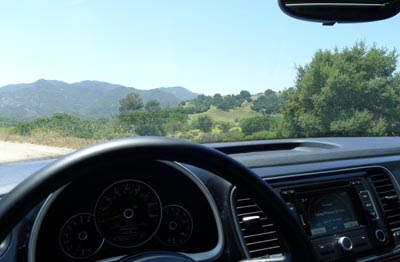 But… The regular D mode feels like a bad CVT. I say bad because there are now very good and responsive CVTs around.
This DSG is just really, really bad in the regular automatic setting.
The transmission usually refuses to downshift unless you floor it. It always feels it is one or two gears higher than it should be.
It almost sounds and feels like it’s going to stall at times.

The S mode is what the regular D should have been. It is much less aggressive than in the GTI. So easier to drive.
Still not great, because of the bad turbo lag, but better.

Just like in the GTI, the “fake manual” mode is actually the best.
But it’s still not nearly as much fun as a real stick shift… 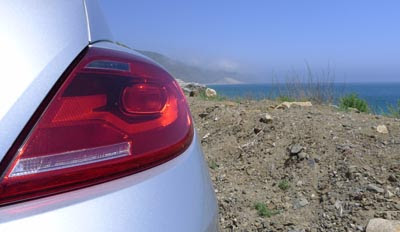 The brakes also seem to have a lag. Not much happens when you first press the pedal, and then it just becomes really aggressive all of a sudden. Which makes it really hard to stop or slow down smoothly.
You do get used to it after a while, but why??? 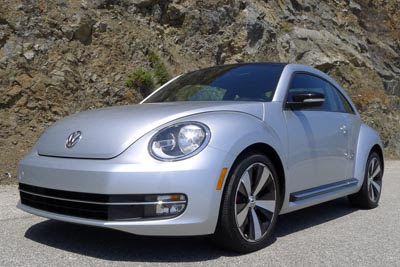 I hate to say, but I am not a big fan of the 2.0 Liter Turbo either.
It does sound like a diesel most of the time. A good quiet sound, for a diesel.
But still. Weird for a gas engine.
The 2.0 Turbo in the new Escape for instance, is much, much smoother and quieter. So is the GM 2.0 Liter unit.
And at only 200hp, it lags behind everyone else in the business.

I will try to get a 2.5 Liter version to drive soon. Which should be a much better combo. Since it doesn’t come with the DSG either.

A few small things are missing too, especially for $29 000. Like an auto dimming rear view mirror. Or a back up camera…

On the other hand, the ride is amazing. The steering is very precise if still a bit light. The car is very quiet, once the engine gets going.
Turning radius is excellent. And it does feel super solid.