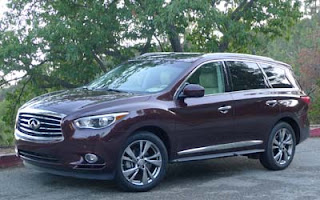 The JX35 has to be one of the smoothest ride on the market.
It feels more like what people would expect of a Buick or a Lincoln than an Infiniti.
It doesn’t feel like a larger FX at all.
If basically feels like a Nissan Quest. Which is pretty much what it is underneath. 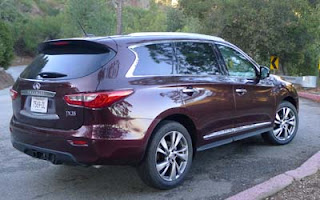 The design is also not for everyone. It seems quite overdone. With this giant flat grille and the weird looking D pillar zig zag design. Although it does look expensive… 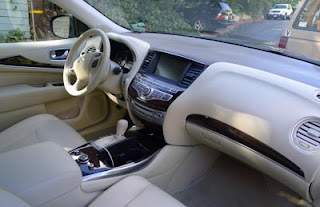 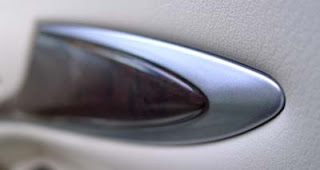 The interior is very well made and everything is very solid and well put together. As it should be for the asking price of $55 000 for my loaded test car. (It starts at around $41 000)
The seats are great, the stereo sounds really good. Everything is there.
Even that “minivan feel”.
Which is basically what it is, a minivan in disguise. 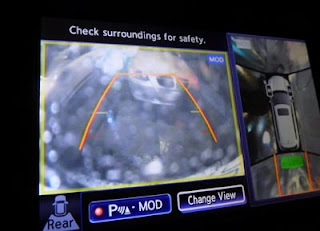 The back up (and front) camera is very nice. But it is not protected from the elements and it gets pretty hard to see anything in the rain… 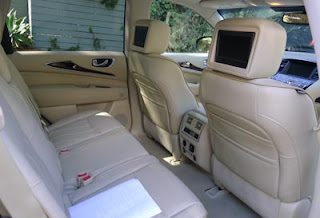 It it very roomy back there. 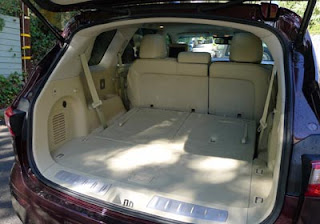 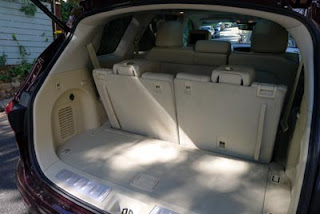 Trunk space is great, even with the 3rd row up. 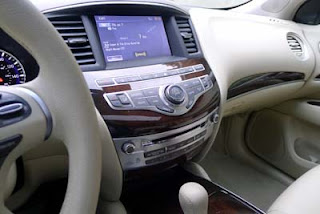 At the end of the week, I was left with the feeling that the JX35, as good as it is, is not a true Infiniti.
Much more a dressed up Nissan with the “Infiniti Look”.
Which might be fine for most. But if you expect a 7 seater FX, this is not it at all. Rather a Quest in Infiniti clothing. Which actually might be more in touch with what most families want.

The artificial steering firms up nicely on the freeway.
The CVT is much more responsive than Infiniti’s “regular” 7 speed auto.
And the ride is smoother.
I observed about 20MPG in the city, and 27HWY.
Which s better than the official 18/23 numbers.

My loaded AWD model was about $55 000. Which compares very well with the truck based QX I drove a few weeks ago. Priced at $75 000.
Most people will never need the off road capacities of the QX.

But you can get the JX’s cousin, the new Pathfinder loaded with similar equipment for about $10 000 less.
Pathfinder and JX share almost everything you can’t see. Platform, engine, transmission etc… 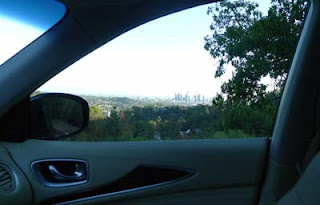