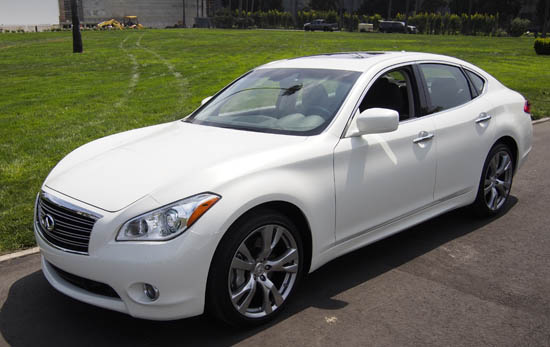 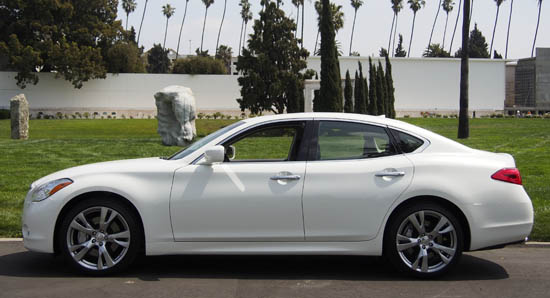 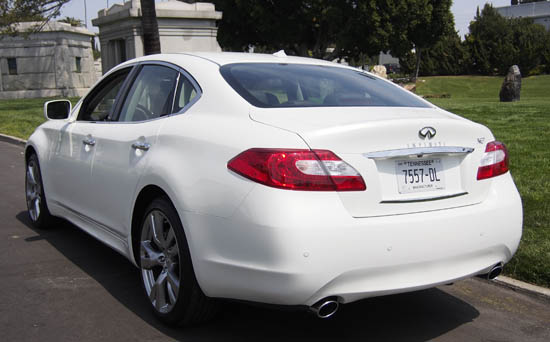 We have all seen the M37. It’s not new.
I drove the V8 version a while ago. And actually came out pretty impressed. Such a fast car. But it was also about $75 000. A price range with some amazing competition.

But the M design, although just about 3 years old, looks invisible.
Nobody knows what it is. It could pass for a Lexus, Acura or even a big Nissan.
The other cars mentioned earlier are obvious. With a strong and clear image.

The Infiniti M has a sort of generic big Japanese car design.
Although I must say, the white pearl color on my test car didn’t help in that regard . 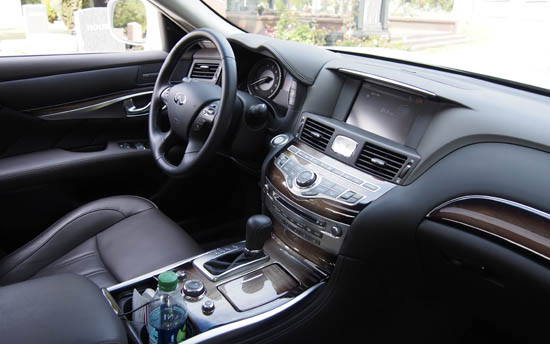 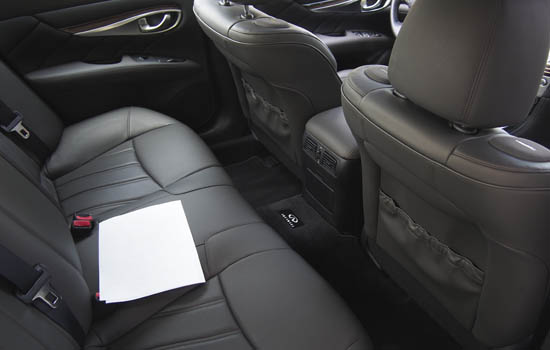 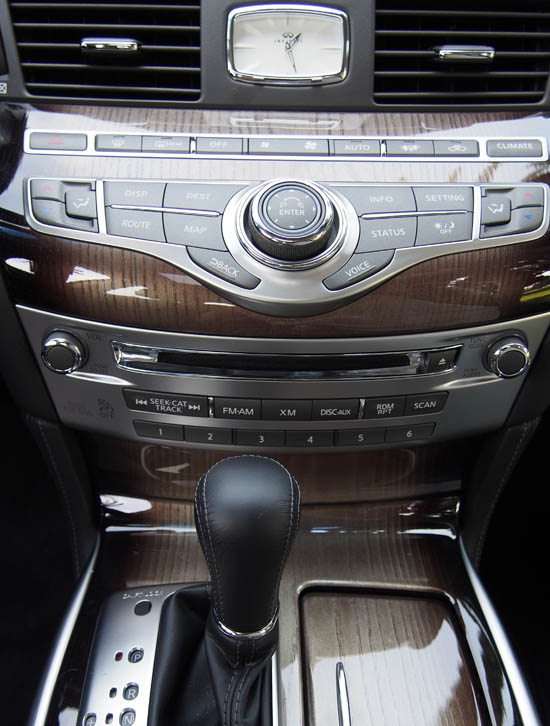 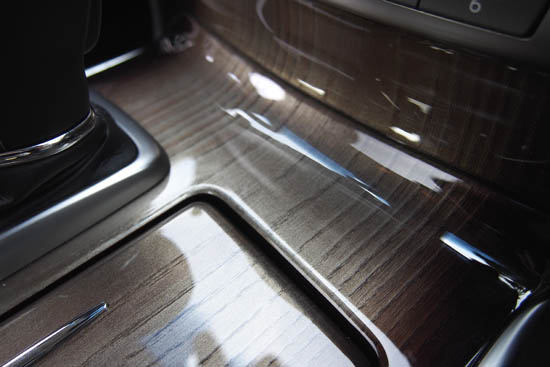 In my opinion, the big “faux pas” in the interior is the horrible airbrushed looking wood trim.
No matter how real the “Japanese ash wood trim” is (it even has “Genuine silver powder accents”!), it looks really tacky. 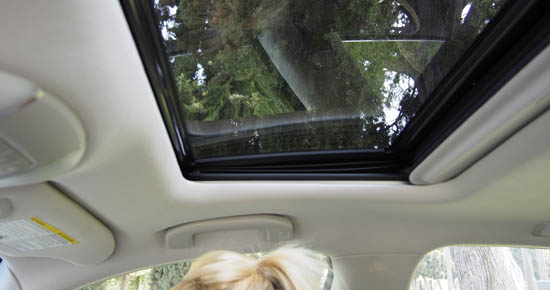 Another thing is the sunroof. Not only it is pretty small. But it is too far back. There is no way the front passengers will ever enjoy the benefits of it. This is a common  Nissan mistake. 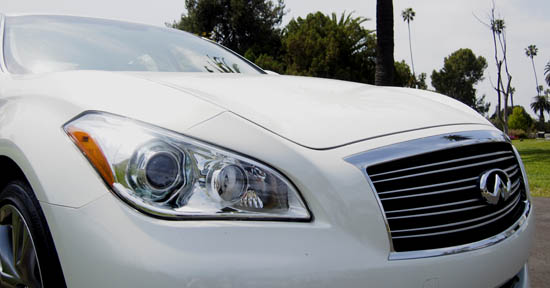 I was actually surprised how fast and sporty the car was. Not much slower than the V8.

The bad news is that the ride quality, which is very, very stiff. My car came with the “performance tire and wheel package” which included really good looking 20 inch wheels.  For $1600.
They look great, but the ride does suffer. A lot…
Other brands seem to be able to use wheels that big and keep a nice ride. Somehow, Infiniti has not figured that out.
Which, on a luxury car, is a problem.

These wheels also disturb the steering. Which is affected by every single bump on the road. Driving on bad surfaces can be quite a handful…
Which again, might be OK in a Nissan Z, but not in a $62 000 luxury car.

Which brings us to the price again.
Yes, with all these packages, (Safety, Technology, Deluxe, Premium, Performance), the car was
$61 845.

Sure, you can get away with not ordering a couple of options and keep the price in the mid 50s.
But the point is, the Infiniti M is pretty much the same price as its European competition.
There is only about $2000 to $3000 difference.
Which is not good

As Infiniti does not have the same image as all the other brands mentioned earlier. At these prices, right or wrong, image does matter. It should still be much cheaper…