Some quick explanation first.
While I usually have access to cars through the official
press fleet, this wasn’t the case with the MKZ.
I met some Lincoln people at a press even. And was then
given the opportunity to grab a car from a local dealer for almost 3 days.
Under some program called “date night”.
Which wasn’t a bad thing actually. That way, I could also
get an idea of the Lincoln dealership experience.  (The other press fleet cars are delivered to my place
directly) 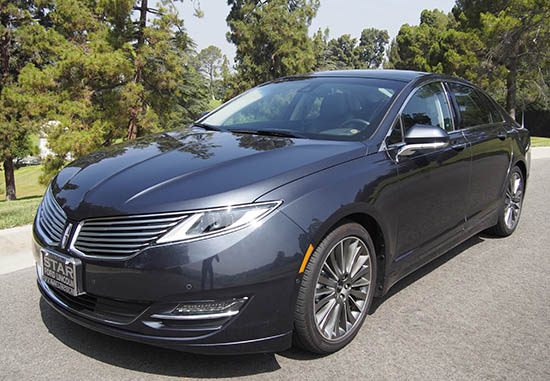 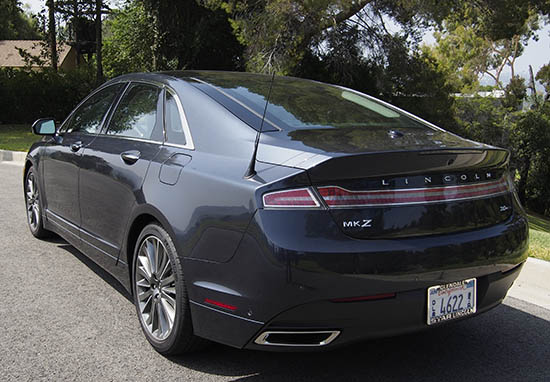 I think that, in person, the MKZ is a really good-looking
car. With some nice details.
The rear is a bit heavy, and does look like it should be a
hatchback.
But I guess that C pillar has to be mighty strong to support
the giant sunroof in its open position. 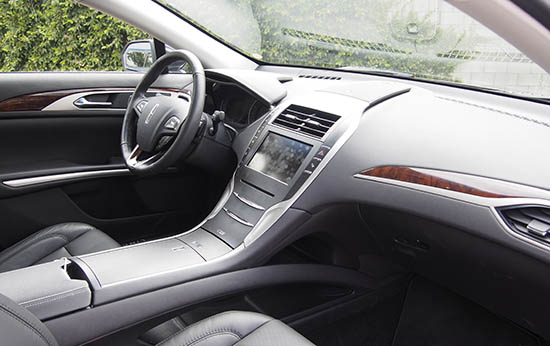 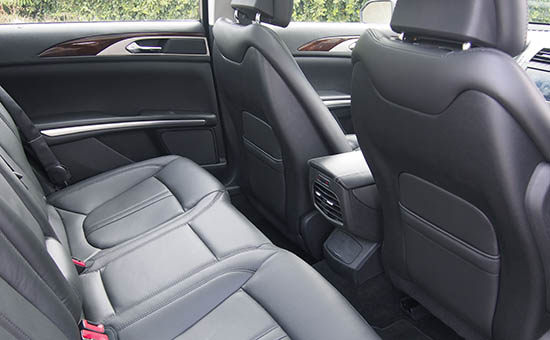 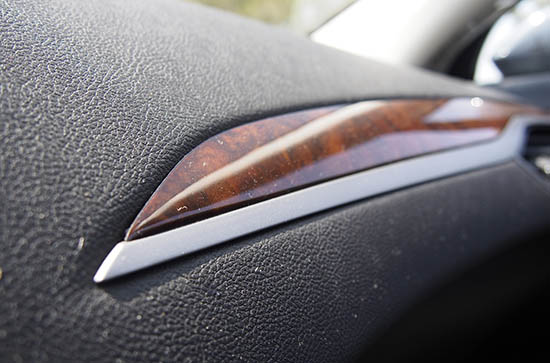 The interior also looks really good.
With a nice, and very
modern looking, flowing center console. And no shifter in sight. The whole
thing almost looks futuristic.
The back seat is pretty roomy. And very comfortable.
But once you sit and drive for a while. Things aren’t so
great.
The materials used are fine. But they are exactly the same as in the
Ford Fusion. Even the metal/plastic trim on the console and around the wood.
Annoying details like the power window controls that are way
to far from reach. Same with the Engine Start button.
And the push button
transmission, although kind of cool looking, isn’t as convenient as something
on the actual console. Something right under your hand.

As a matter of fact, the whole interior looks different, but
not better than the Fusion at all.
(The black plastic around the screen is definitely not
luxury car material)
The cheesy plasti-chrome Lincoln logo on the steering wheel
doesn’t help either. 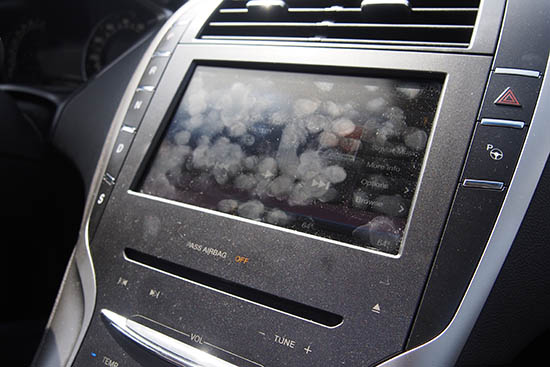 The screen on the console is angled in such a way that it
catches the sun about 80% of the time during the day. So it’s pretty much
always really hard to read. 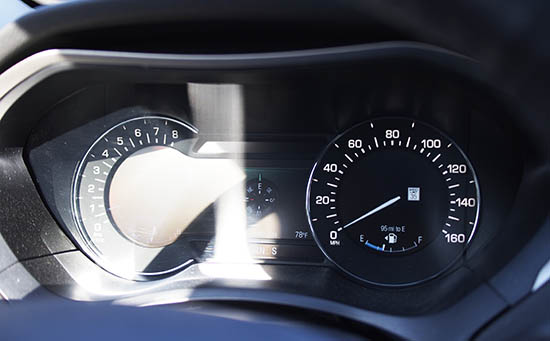 Same thing with some of the dials behind the steering wheel.
So weird that no one noticed this before the car went into production. Or maybe
they still live in the good old “good enough” days…
Behind the main screen is also one of the worst systems
available today.
Ford constantly claims to be improving SYNC, but it is still
quite a nightmare. Voice recognition works when it feels like it. More often
giving you a “Creating speech command, please wait” message. Then nothing…
You constantly need to navigate through multiple menus. (At
least 3 to find a song to play). Which is really, really bad while driving.
This is years behind GM’s new MyLink, which is very easy to
use and figure out. 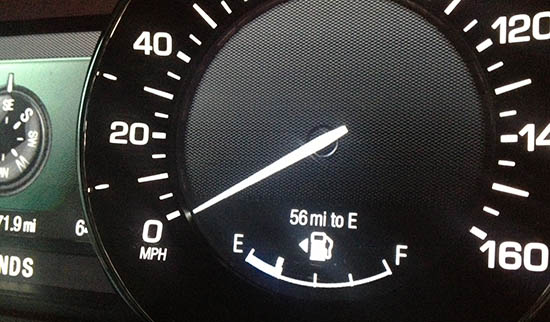 Another weird/annoying thing was the gas gauge still
displaying “56 miles to empty”  for
a whole day after I filled it up. 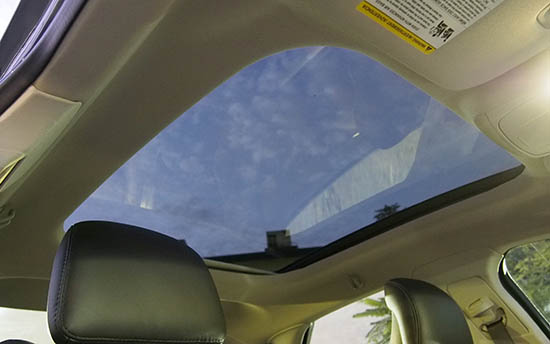 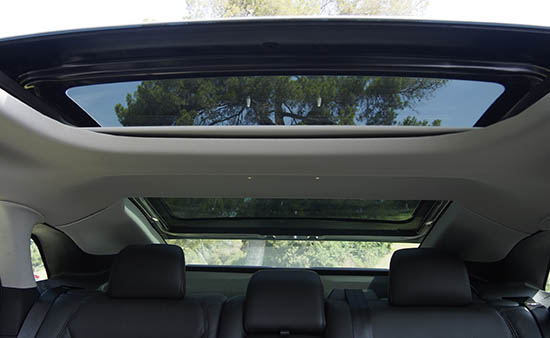 The big giant sunroof is a great feature. (Although it
doesn’t really fully open all the way).
And it is actually more enjoyable from
the back seat. It also blocks over half of the rear window when open. But it
does make the car a bit more special. An expensive option at around $3000. 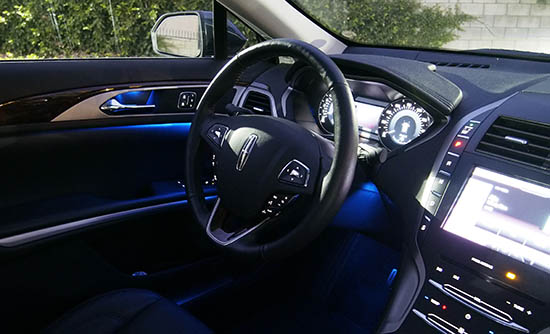 At night, things look really nice inside. The blue lighting
looks great. (It changes to red if a door is open)
And you can actually read what’s on the screen. 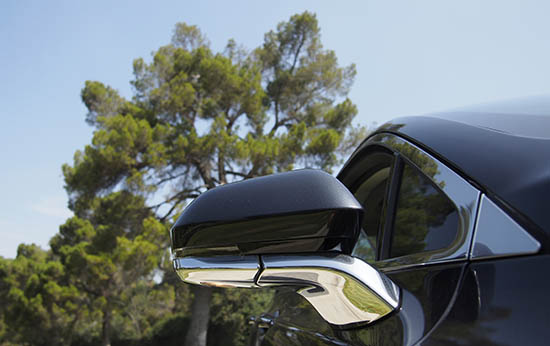 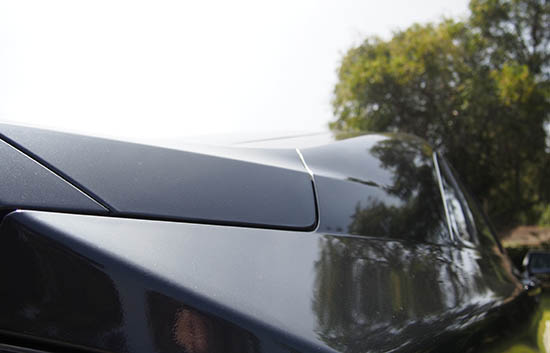 The model I was driving had the 2.0 Liter Turbo.  Which has plenty of power . But I could
always feel some vibrations in the seat when idling. Not something you want in
a luxury car.
The exhaust also sounded a bit too sporty when pushed. It
would be great in a Mustang, but again, not something I would want or expect in
a Lincoln.
The MKZ handles nicely, but with a rather light steering, it is
anything but sporty.
The GM 2.0 Liter Turbo feels and sound much more refined.
The 6-speed auto is also fine, but also not as smooth as GM’s
unit.
The 2.0 Ecoboost model is rated at 22/33 MPG. I was never
able to get 22 in the city. No matter how slow and relaxed I was driving. The
best I got was 17.5MPG.
And about 14 when I wasn’t watching.
But, I did get 36 on the HWY. 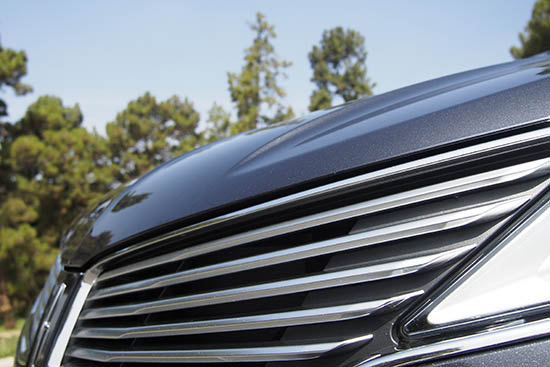 The main problem with the MKZ is what it wants to be, and
its price. It wants to compete with Acura, Lexus. Maybe Cadillac, Audi and
more.
It doesn’t. It is a fine car, but not in the same league.
As for the price, my test car was around $46 000. Just a few
thousands less than a similarly equipped Audi A6. About $3000 more than a
loaded Acura TL, and about the same as a loaded Lexus ES.
As a matter of fact, I kept thinking how it could have made
a really good Mercury. It looks a bit more upscale than it’s Ford cousin, has
the giant roof option the Ford doesn’t get. So for $2000 more than the Fusion,
it could work.
But it is $10 000 more than a loaded Fusion!
I couldn’t help but compare the MKZ to the new Impala I
drove a few weeks ago.
The Chevrolet did a much better job at impersonating a
luxury car than the MKZ. It feels more solid, has a better steering. It rides
much, much better. The interior is also a bit nicer, and much roomier. It is
quieter. And the MyLink system always works.
On top of that, it is about $10 000 LESS than the Lincoln!
Looking different isn’t enough to be more expensive. It
seems that people at Ford have no idea what a luxury car is supposed to be.
On top of that, the Glendale dealership I picked up the car
from is mostly a Ford dealer. So you’re shopping for your $46 000 car next to
the family trying to get a bargain on a Focus.
It took forever to get things
going. No one seemed aware of me being on a list to pick up the car etc… The
usual.
Again, they don’t get that luxury car buyers need a “Luxury
car buying experience”. Everyone else seems to be getting it. You don’t buy a
Cadillac in a Chevy showroom; Lexus models aren’t sold next to Toyotas.
The Lincoln MKZ is a good car. But not a good $46 000 car.
Lincoln is in trouble and they are not doing what it takes
to get out of it.
Good luck….