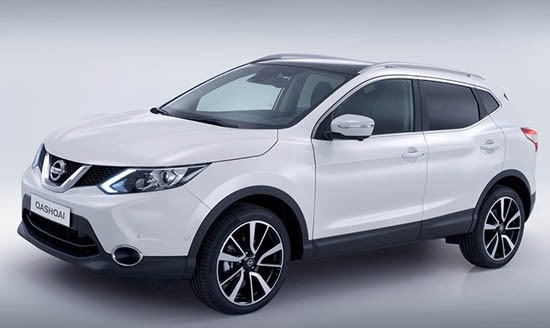 The previous Qashqai was basically the European version of the Rogue. With its own design.

Now the new X-Trail is the European version of the new 2014 Rogue.
So the new Qashqai is its own thing. Again, for Europe only.

I thought at first it was just going to be a shorter X-Trail/Rogue. But it looks like it does have its own design. Even though the 2 are very, very close.
And of course, the Qashqai is smaller, seating only 5. So better suited for the European market. 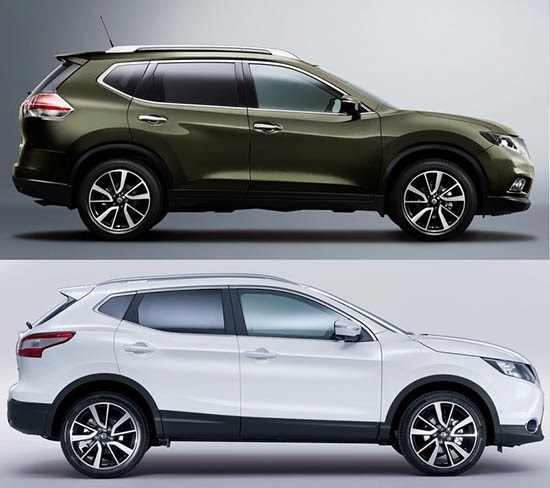 The Qashqai is the white one at the bottom. 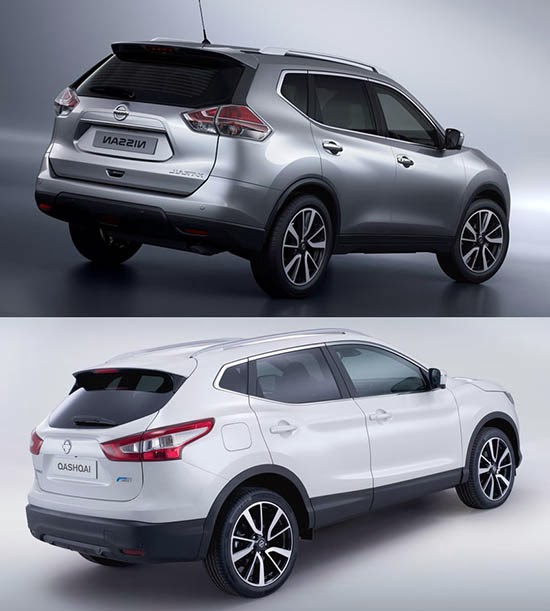 Same here. ( I flopped the X-Trail pic to better compare). They are actually not sharing much… 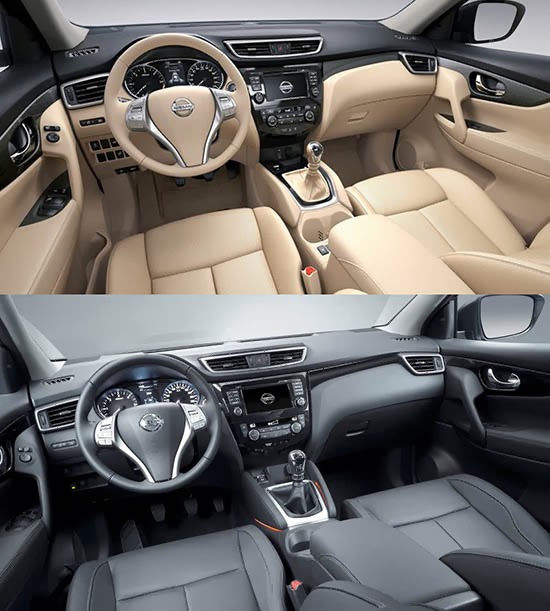 Even though they have different designs, it looks like they share the same interior.
(Again, new Qashqai is the bottom pic)