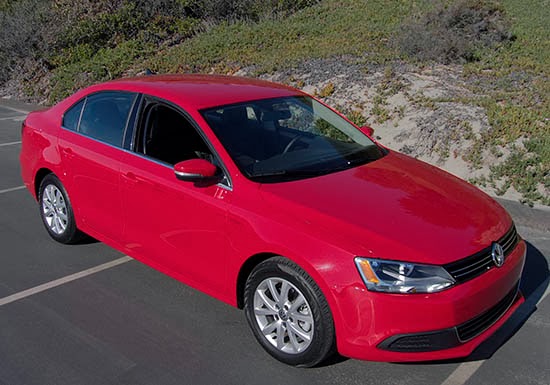 The design is the same for 2014. Nothing seems to have changed.
Which seems a bit weird. Since there is a “mid cycle refresh” due very soon.
Strange they didn’t wait a few months to introduce the new engine and new look together…

Its current design can be described as boring. Or classic. Depending on your taste.
I think it is a bit of both. It looks fine for most people. And should age pretty well. 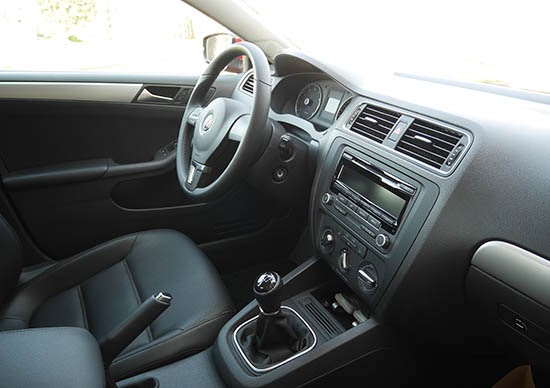 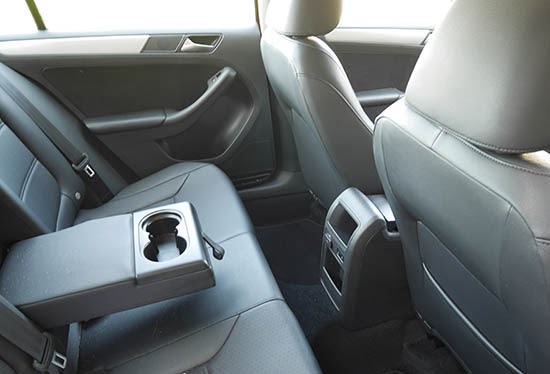 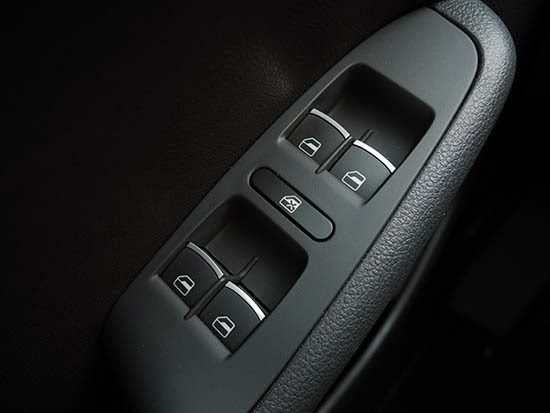 The interior is also the same. ( I hear the “refresh” will come with a new dash. Mimicking the 2015 Golf). It is both boring and quite cheap.

The model I tested was an “SE W/Connectivity”. Which did NOT include the newer soft plastic dash some Jetta models now have.
So it is hard and quite cheap looking. Everywhere.
(Although I thought the window switches on the pic above looked quite nice. Actually better than in the Cadillac ATS I drove a few weeks ago)

The main thing about the Jetta interior is still space. Lots of it. Especially in the back where it is roomier than many mid sized sedans.

The steering wheel does look and feel great though. As does the manual shifter.
Doors feel OK when you close them. But nothing special.
The stereo in this model sounded fine. (But nothing like the higher end Fender system) 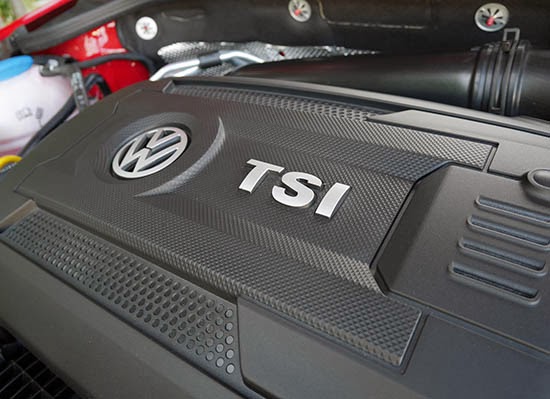 So the engine is all new. A small 1.8 Liter Turbo, replacing the big 2.5 Liter.
And just like it’s 2.0 Liter big brother, it is a little rough idling when cold. (Although much better than the 2.0 Liter engine with its diesel like sound.)
The 1.8 seems in general smoother and quieter than the 2.0.
But not much more than the old 2.5.

The difference is in the power delivery. By 2000RPM, there is a very satisfying rush of power the old 2.5 Liter never had. And it feels quite sporty.
The steering also feels better, a bit firmer than before. Which goes great with the new engine.

Otherwise, the ride is still very solid and smooth. The Jetta is just a very comfortable car in general.
It does feel like a more upscale car to drive.

Besides the added power, the main attraction here is better gas mileage.
It is rated at 26/36. I got 28 in the city. And quite amazingly, had no problem getting 43 on the freeway.
These numbers are not only better than the old engine, but are getting pretty close to the diesel version.
Which is rated at 30/42. (Although I did get 32/50 in my test drive last year) 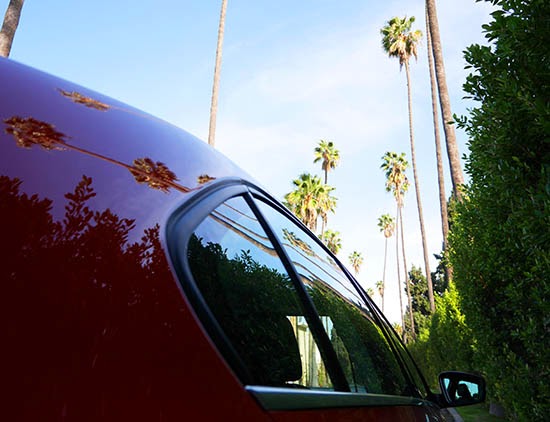 My test car was priced at $20 420.
Or about $3000 less than the similarly equipped TDI version.
The TDI also uses more expensive diesel.

I think the 2014 Jetta with the new 1.8 Turbo feels much more German than before.
It is a fast, solid , roomy comfortable car.
With the new engine and revised suspension/steering it should really be on everyone’s list when looking for a compact sedan.
I just think it is actually bad news for the TDI. (I don’t think the $3000 difference is worth it anymore.)

But. I would really recommend waiting for the 2015 model. (Which should be introduced next month). It will get a new front end and rear lights. And probably a revised interior as well.

Which it really, really needs.