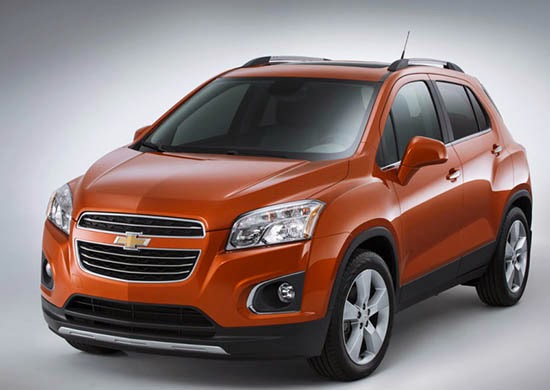 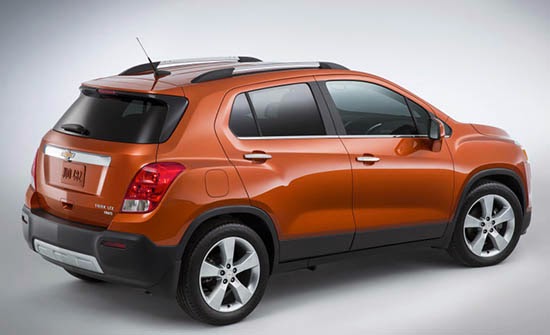 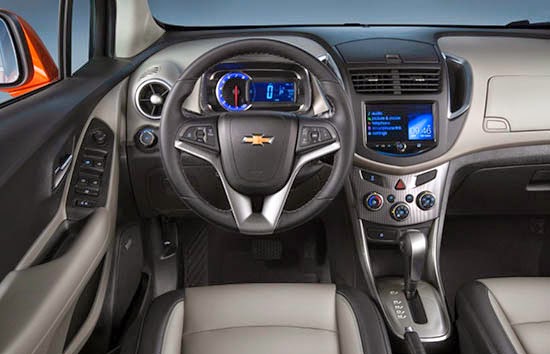 These are official pictures of the Chevrolet Trax for the US.

More chrome on the grille. But no turn signal lights in the rear view mirrors.
So far these are the only changes I can see for the US version . 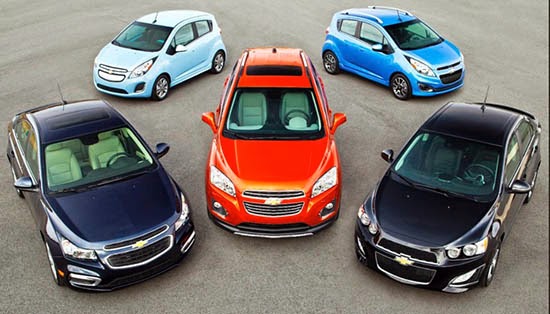 And here the Trax pausing with its new family of “nothing really new for 2015”.