So I got invited to this “Ecoboost Event” thing a few weeks ago.
I thought I would bring along a good friend of mine, and drive a few Fords for a day.
It turned out to be quite an interesting experience….
As Ford is trying to educate people about their Turbo engines and how they compete. 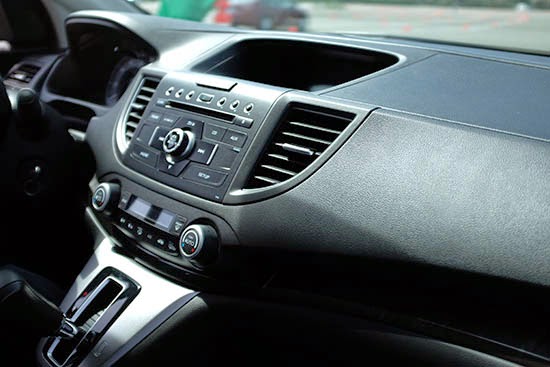 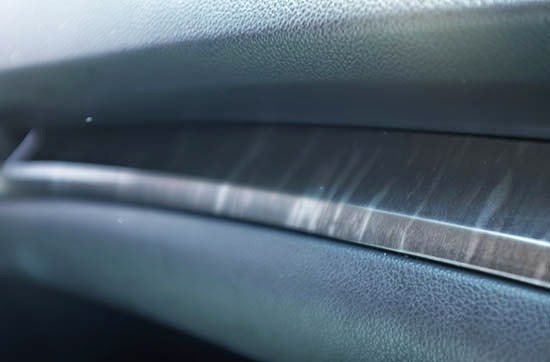 First, they had us compare the Honda CRV to the Escape.
I have to say, comparing both was a bit unfair since the Escape was equipped with the top of the line 2.0 Liter engine with 240hp.
While the CRV is only available with a 2.4 Liter engine which compares more to Ford’s 1.6 Liter Turbo.

But the difference was still amazing. The interior of the CRV is amazingly bad.
Every surface feels hard and cheap. Some weird trim across the dash seems to imitate wood. In a strange “grey plastic” way.
It is just very disappointing all around. 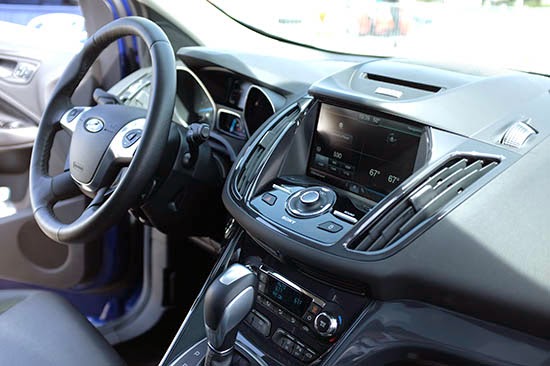 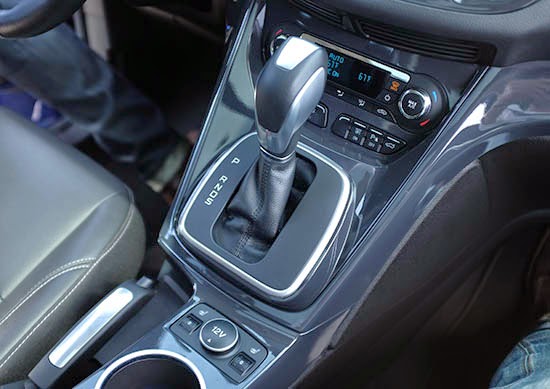 While the Escape interior is another story all together. It feels like a premium car everywhere. (And one that was design in this century.)

As for the drive, the 2.0 Liter Turbo was obviously quicker. But the handling, ride etc… Everything felt so much better in the Escape. The difference is quite amazing.
It basically feels like a German car (Which is is since it is, and also sold in Europe as the Ford Kuga)

The difference is quite drastic and makes you wonder why anyone would get the Honda after driving both.
This is where reputation comes in. As millions equal Honda with “super reliable”. Which is mostly right.
Still. I, myself, would rather drive something much more engaging and fun. 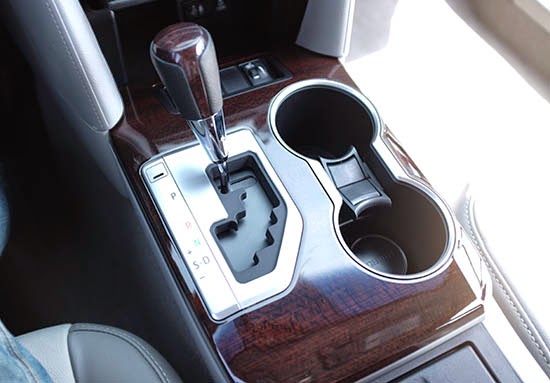 Then they got us into a Camry V6.
The Camry is what it is supposed to be. Quiet, smooth and comfortable.
But that also means very soft steering and suspension.

The worst part is the interior. With maybe the worst looking fake wood in the business. And, in the XLE, it is everywhere.
It makes for a quite vulgar looking interior. Plus the shape of everything is very blocky and looks like a dozen designers were involved. And never talked to each other… 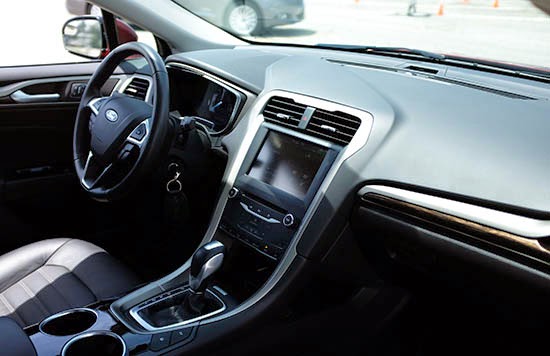 On the other hand, the Fusion’s interior is great. Very modern and simple. It is what a modern family car should be.

I have driven the Fusion before and reported on it earlier.
I still think this is an amazing car. With one of the best steering feel I have experienced.
It is as quiet as the Camry, at least as fast (With a much smaller engine) and as comfortable.
But all this in a much more modern and well design package.

And, unlike its Lincoln cousin, the MKZ, the radio still has a couple of normal round dials. Which actually makes a big difference in daily life. 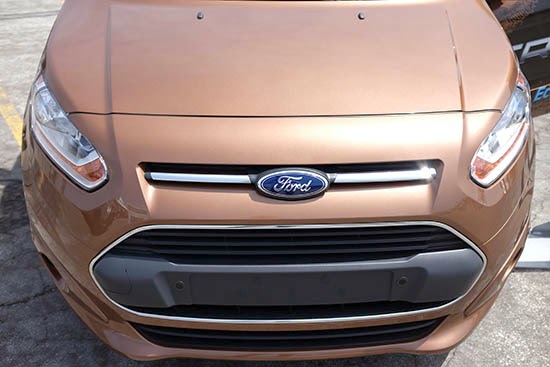 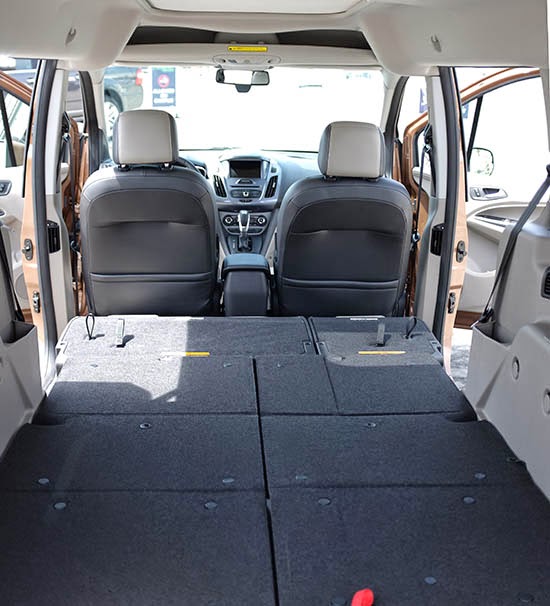 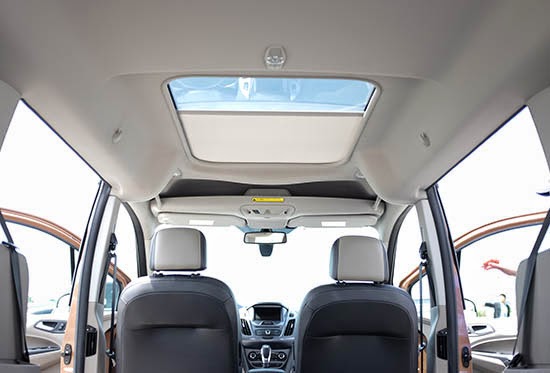 A cool surprise was the all new 2015 Transit connect.
It is not as cute as the 1st generation. But you can now order a longer passenger version. And load it up with tons of options like a glass roof, navigation, leather etc…
It is also available with the excellent 1.6 Liter Turbo. So it has much more power than the Nissan NV 220 I drove a few months ago.
This is actually a really cool alternative to a giant Minivan. As it does seat 7 when needed. 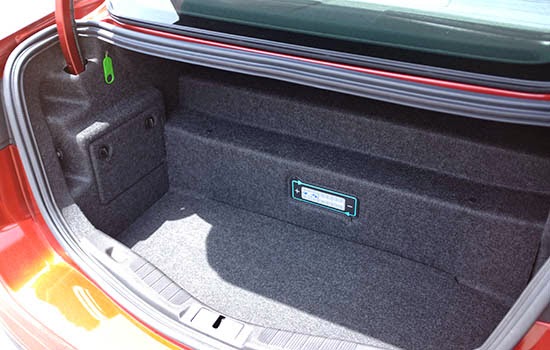 Later in the day we drove the Energi versions of the C-Max and Fusion.
As you can see, the battery pack eats up a huge part of the trunk. Which is really too bad.

But like other EVs, the drive and power delivery are fantastic.
Both get about 20 miles on a charge. Which is less than the Volt. But unlike the Volt, when the batteries are empty, they become regular Hybrids (The Volt becomes a regular gas car then).
So you still get at least 45/50MPG.
And the C-Max’s interior is so much nicer than the one in the Prius V .
Same story here, the Prius was much slower and softer. While the C-Max was a much more engaging drive while being every bit as comfortable.

At the end of the day, we got to drive the Fiesta ST.
I do not have any pictures of this, unfortunately, since my friend and I were just too busy having fun driving.
All I can say it that it was the most fun driving I’ve had in a long time.
The ST is simply an amazing toy.

I know this isn’t much to write about, but it was a short day. I thought I would share my quick thoughts anyway…