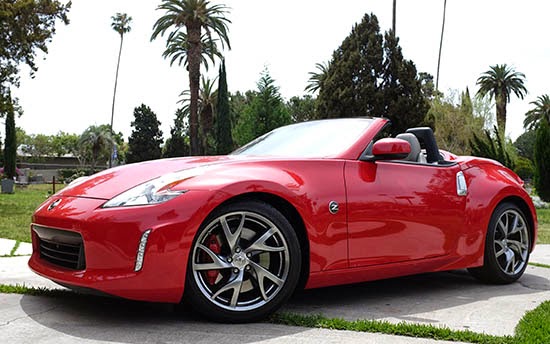 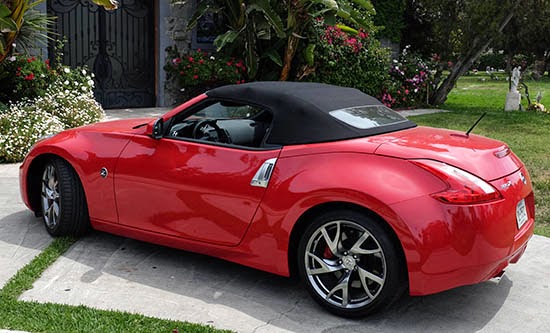 The current Z Roadster has been around for a while. So there are no surprises.
But it still looks really good. (Although not as original as the previous generation.)

It is like a rounded/wavy version of the previous one. With the top down, it is quite aggressive looking. And kind of old fashion .

The only “faux pas” is the recent addition of the stupid looking LEDs up front. As they do not match the rest of the car. At all… 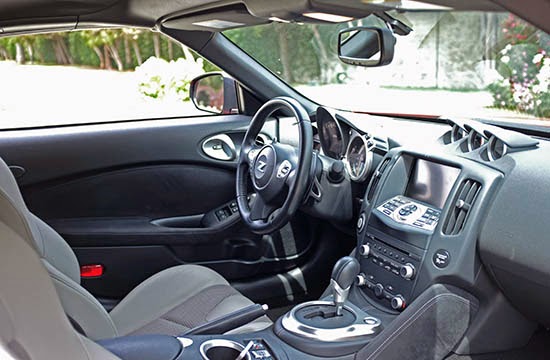 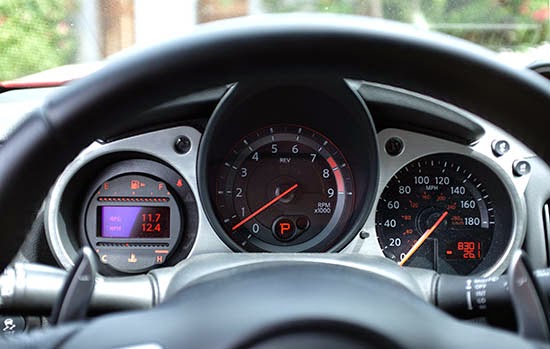 Inside, it is a bit claustrophobic with the top up. (But that is also true of the regular hard top version anyway. )
The dials in front of the driver are getting a bit old. It has a weird 90’s look to me.
As a matter of fact, the whole interior seems to have aged more than the exterior. 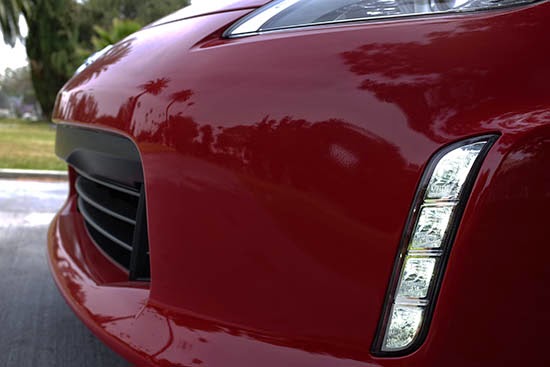 Here are the ugly LEDs. And they are also way to bright in day light. (Which looks really obnoxious, and cheap.) 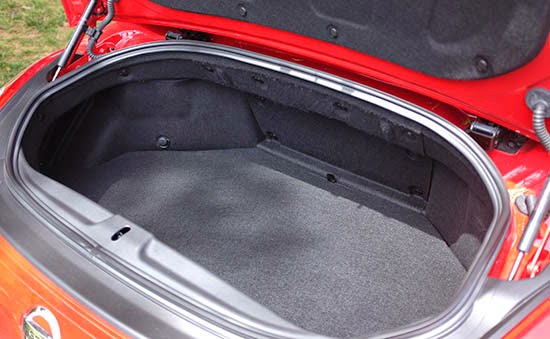 The trunk is just fine for this kind of car. (A two seater convertible.)
Nobody will expect more. 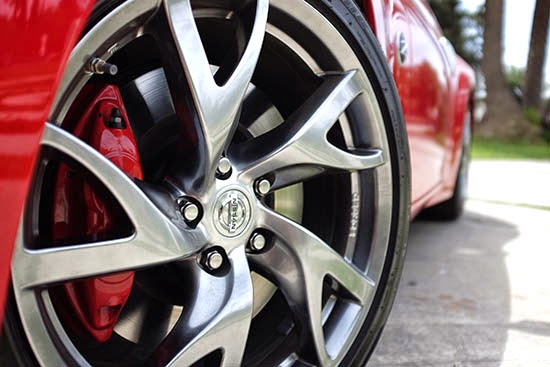 The wheels on my test car looked fantastic. They were part of a $ 2830 “Sport package” . (Which included Sports brakes, and “Euro tuned” sports shocks. (More on these later) 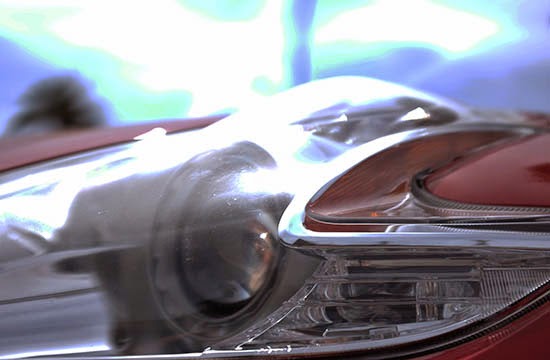 I have driven the current Z before.
Even the convertible version. But this one had the “Sport package”.
Which makes it quite a different car …

The big 3.7 Liter V6 sounds great, as usual.
It is plenty fast, at all speed. It is rated at 18/25MPG.
Well… The best I got around town was 14. (And that was driving like grandma.)
Most of the time, with a light foot, I was getting around 12. Which is worst than V8 versions of the Mustang and Camaro.

Infiniti does need a newer engine. 12MPG around town for a V6 is just not good enough these days. Even in a sports car. (Plus, I have no idea how they can claim an impossible 18MPG City in the 1st place)

The ride is just too hard. So hard that is affects the steering .
The Sport Package is just way too much.
(The regular car handles great to begin with and is drivable every day. This isn’t.)

It became kind of a chore to drive the car after a while. As I do not live on a race track , and have to use it on a daily basis over many of L.A’s broken streets.

It ends up not being fun at all. Making sure the car stays straight, watch for every single bump on the road etc…
Especially for a convertible. And especially on a car with an Automatic transmission (!)

So I guess my point is: Skip the sports package.