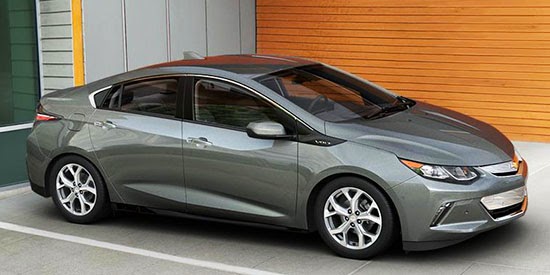 I tested the current Volt twice before and really liked it. Although the second time around, I did notice how rough the gas engine was when cold in the morning.
The new 1.5 Liter is supposed to be smoother and quieter. With even better gas mileage.

GM has big hope for the new Volt, expecting to sell about 60 000 units a year.

And by the way, the current Prius starts at about $25 000. Which now seems crazy expensive for a car that doesn’t have a pure EV mode at all.