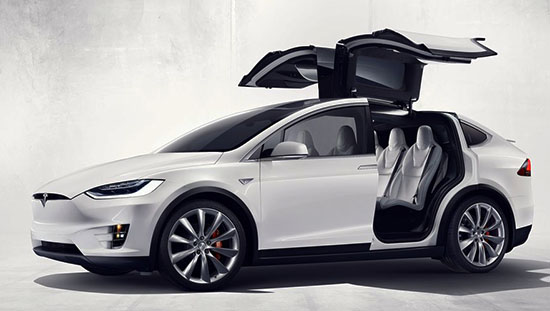 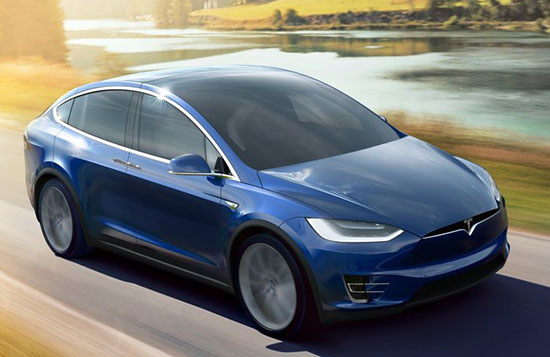 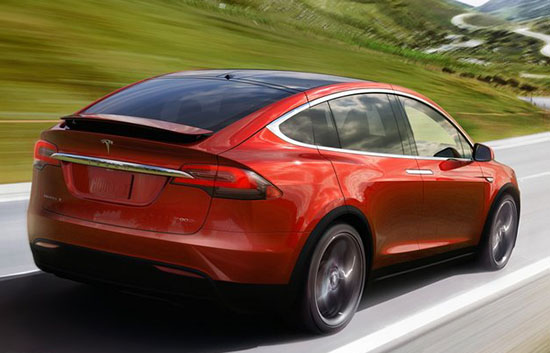 One thing that always bugged me about the Tesla Model S was the fake grille up front.
Looks like Tesla got rid of it for good with the new Model X.
(Funny how they made it a surprise, as their prototypes were covered enough to make us thing there was a grille.)

Another nice surprise is the giant windshield. Going all the way to the end of the front door.
A really cool feature that must make the car feel different from anything else.

(I have seen this feature on the Opel Astra coupe a few years ago. And some current Citroens also have extended windshields)

But, it still looks like a bloated version of the sporty Model S.
Which might or might not look really weird on the streets.
And the Falcon doors seem way to “showy” for me. And they are slow, so people will be staring at your car. (Or you and your family), for a long time every time you use them.
(Or maybe that’s the point?)

And the range. A bit over 250 miles. Which is fine, but not better than the 4 year old Model S.
Does that mean Tesla isn’t able to do better? At least for a while? In 4 years?

And of course the price. At over $130 000, this is a rich person’s toy.
More “regular” versions will be priced at around $5000 more than the equivalent Model S.