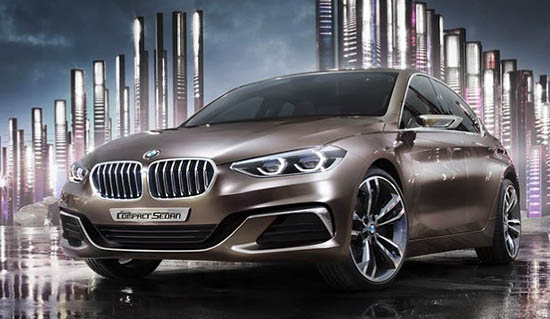 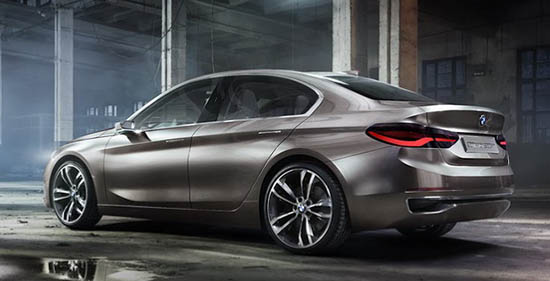 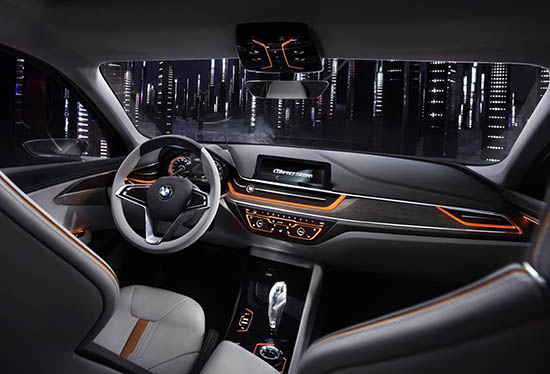 They’re not calling it the 1series sedan, but that’s pretty much what it is.
We all know by now that a new 1 series hatch is due out pretty soon. Based on the same platform as the Mini and BMW Active Tourer.
And a new sedan style will be added to the lineup (After years of rumors). So they can finally sell it in the US.
(Where, you know, we apparently don’t like hatchbacks…)

It looks cute. Exactly like it is supposed to be. A smaller 3 series.
Just like the Audi A3 looks like a small A4.
Even inside, once you get past the crazy “Show car bits and lights”, it’s pretty much the same but smaller.
So it’ll work. People want their BMWs. And it they can get one for less money, they will.
And, being FWD, it might actually be about as roomy as the 3 series. 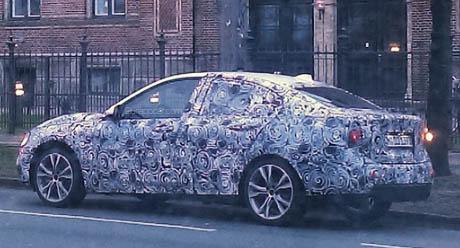 This is the real thing testing in Europe.
Which looks pretty much the same as the concept.